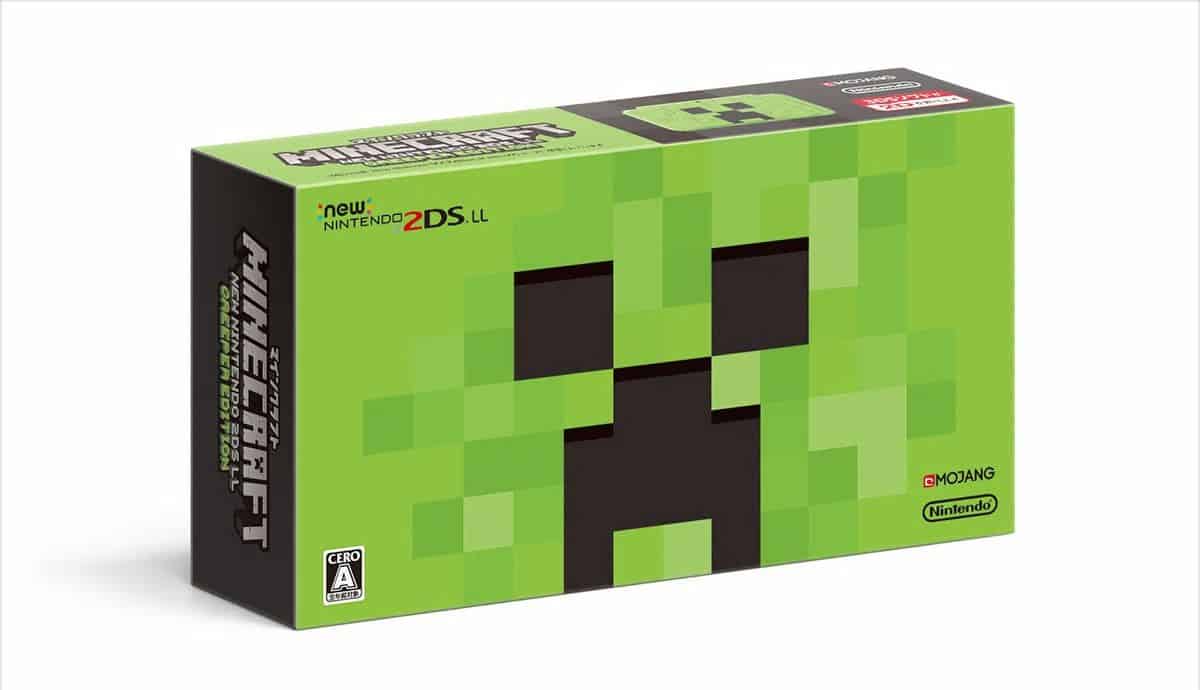 Sony might be blocking Xbox and PlayStation cross-play, but Nintendo and Microsoft have found their own ways to cash in on the love. Noted by Engadget, Nintendo recently introduced a new 2DS LL Creeper edition in Japan, outfitted in Minecraft colors and more.

Nintendo's new Minecraft 2DS LL Creeper edition is exclusive to Japan for now, but it is equal to the 2DS XL here in the United States. The textured outer shell of this special handheld console features the colors of the Minecraft creeper creature, and the system comes with Minecraft: New Nintendo 3DS Edition.

This 16,980 yen ($153) 2DS LL Creeper edition is part of a series of three systems. Nintendo also introduced an Animal Crossing edition 2DS LL, and a Mario Kart 7 Pack. We're hoping that the Minecraft 2DS XL could come to the US soon, but for now, Nintendo and Xbox fans will have to suffice with the Better Together Update for Minecraft on Switch.