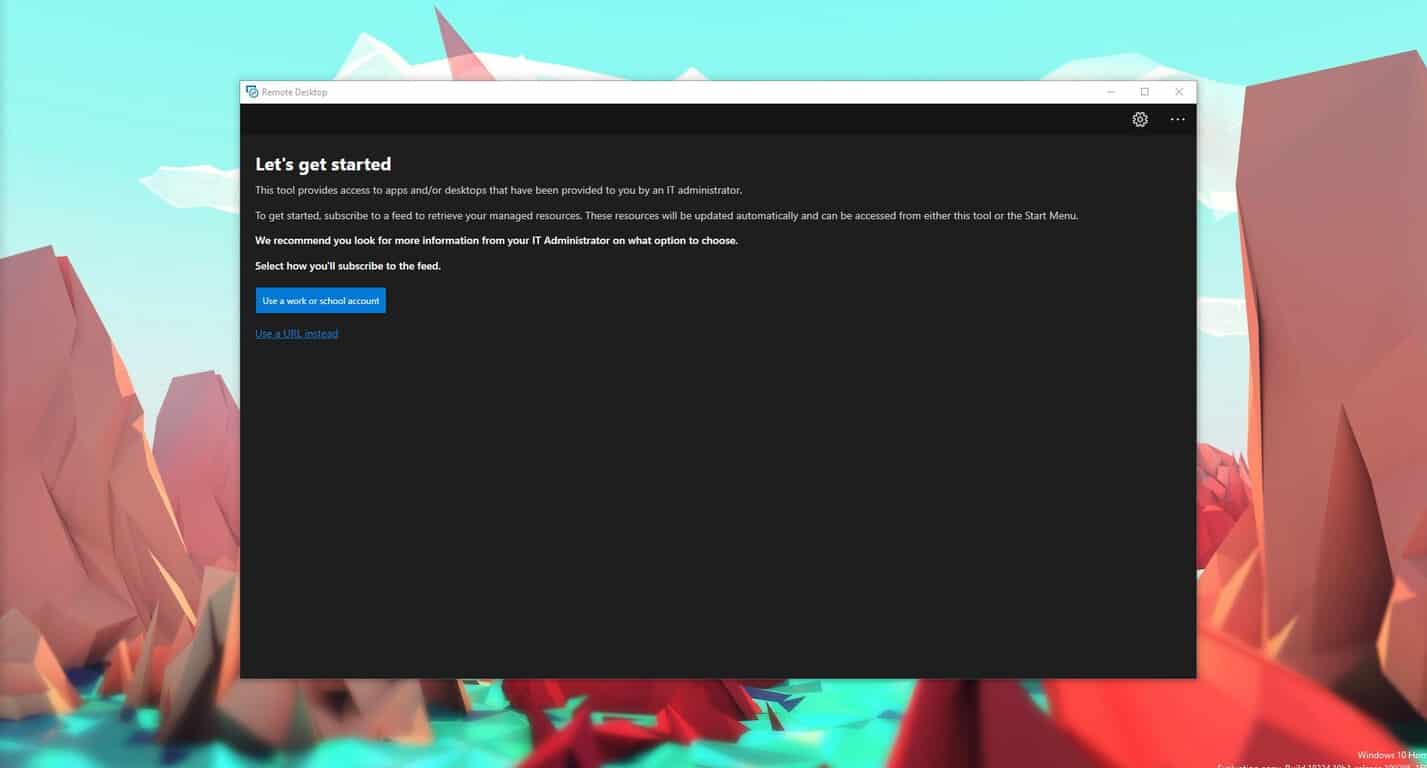 As rumors swell about Microsoft working on an alternative lightweight operating system to either replace or compliment its current Windows efforts, the Windows team appears to be going full steam ahead with bolstering its business value proposition with Windows 10.

According to a leaked screenshot captured by popular Twitter journalist WalkingCat, Microsoft is gearing up to release a Remote Desktop Client that would allow businesses to run their proprietary software in Microsoft’s Azure Cloud.

In addition to seeding a client download link, WalkingCat also notes in subsequent tweets some other interesting details about the current development of Microsoft’s new Remote Desktop app.

As Microsoft slowly drags the enterprise computing industry onto Windows 10, this new Remote Desktop Client will go a long way in convincing hesitant IT Admin holdouts. Some of the feature set includes using a combined Microsoft 365 and Azure experience to offer a low-cost multisession scalable solution as wells as ease of access in deploying virtualized legacy desktop apps.

Offering the new Remote Desktop Client will allow Windows 7 stalwarts and holdouts to continue to run their apps and software while moving to Windows 10, relatively pain-free.