Image editing made easier with the Windows 10 Creators Update Photos App for PC - OnMSFT.com Skip to content
We're hedging our bets! You can now follow OnMSFT.com on Mastadon or Tumblr! 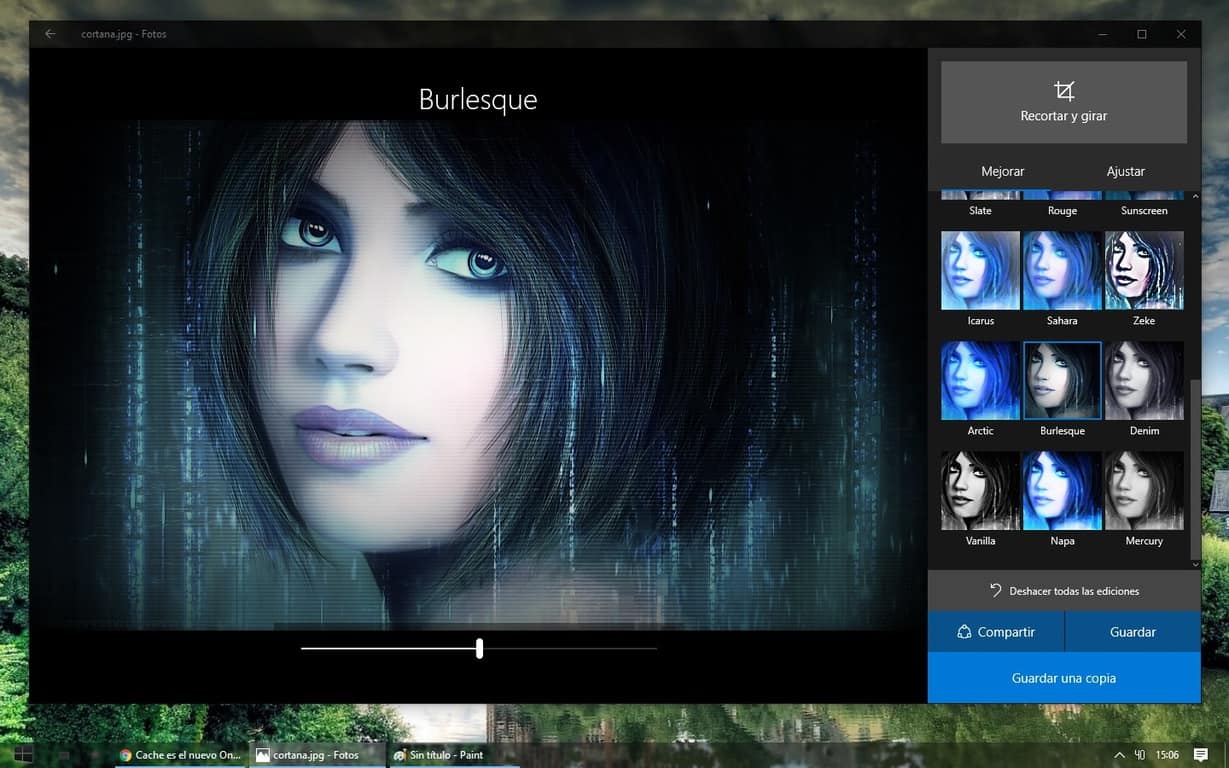 For instance, I have been using the Windows 10 Creators Update edition of the Photos apps for some time now, but it was not until a recent visit to a local Best Buy that I realized, the average Windows 10 user is stuck with an unrefined and subpar experience.

For those who are a bit more discerning about putting untested and potentially destructive software on their devices, I have gone ahead and done the dirty work of testing Windows 10. Thanks to the Windows 10 Insider program I've been privy to changes coming to the Photos apps that should make using it a pleasure for some.

New in the Photos App are some small and subtle improvements that offer some polish that Microsoft's first-party apps for Windows 10 sorely need. The updated Photos app now has a refined typeface at the top as well as hover and zoom animations. Now when users hover over a photo or image, there is a subtle zooming of that illuminates the capture. When selecting an image, there is also an accompanying zoom animation that brings it to the forefront or renders it back in the collection. Small niceties such as this, again, help make Windows 10 and its apps feel a bit more cohesive and welcoming rather than its more Spartan-like Anniversary brethren.

Arguably, a few refinements are nothing to write home about, but its the new editing option that should have Windows 10 users wanting to use the app rather than reverting to third party solutions.

The Windows team has wholly revamped the editing options for the Photos app. Gone are the original Windows 10 radial dials that range from 0 to 100, which are now replaced by horizontal sliders. While the radial dialers were touch friendly when in tablet mode, the updated sliders are just that more touch-friendly.

The Windows team also streamlined the editing process but putting an Auto Enhance options at the top which enables a one-button correction to any image. The Auto Enhance maintains the same uninformed horizontal slider as the other editing options. Users can slide across the Auto Enhance option to lighten, darken, soften, crisper, and temper the image.

For users used to the filter heavy world of Instagram and Snapchat, the new Photos app also offers several one button filter options to liven up any image now.

The Windows team also added more granular options like adjusting the warmth, color, and lighting of an image as well as fixing red-eye and spot corrections.

Users looking to test out their photo editing eye, the Photos app also allows for saving an unadulterated version of an image. There is also an undo option that allows users to change and unchanging edits on the fly.

Admittedly, the Photos app still has some additions to incorporate before it chips at Photoshop usage numbers in any meaningful way, but for the casual Photo editor, the Creators Update version of Photos should be more than enough whenever it's released to the public.

Some of these same refinements have made their way to the Windows 10 Mobile Photos app as well, but hopefully, the full suite of editing options will find their way to phones soon.