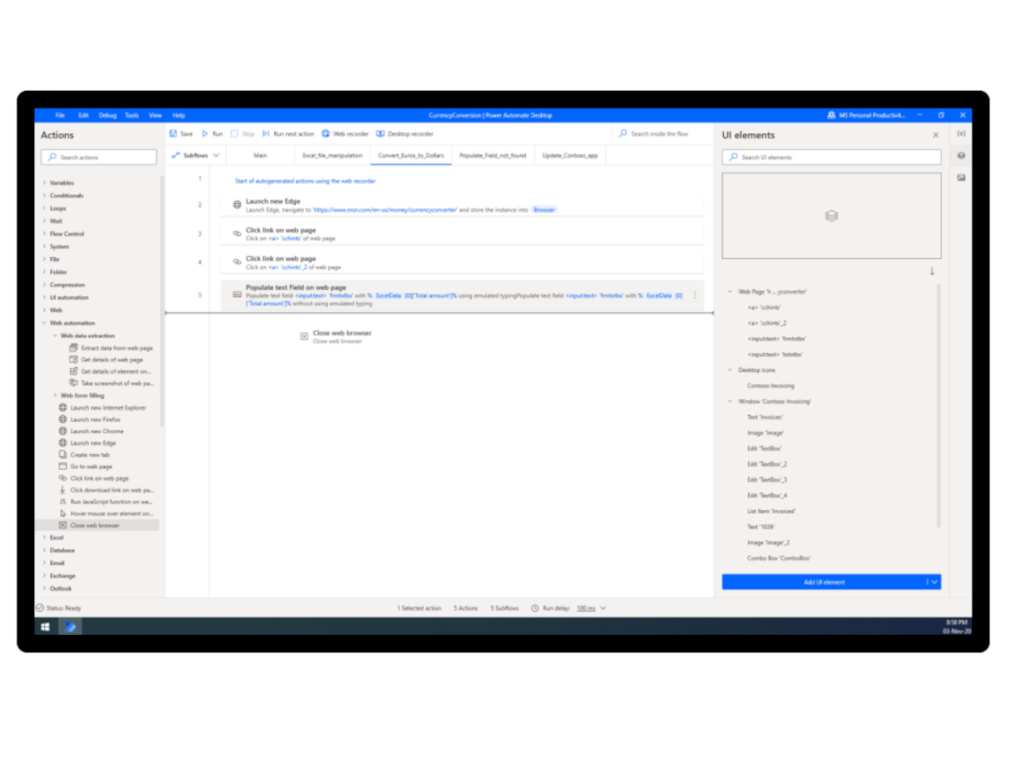 At Microsoft's Ignite 2021 yesterday, the company announced that its enterprise level tool Power Automate Desktop is now free for all Windows 10. Power Automate Desktop is what Microsoft defines as an "attended Robotic Process Automation" solution which is a macro recorder on steroids. It comes with 370 prebuilt actions that help you build flows across different applications and the best part is that it enables you to build your own scripts to automate time consuming repetitive tasks which saves time and money.

Last September, Microsoft launched Power Automate Desktop based off Softomotive technologies which the company acquired back in early 2020. Since, the acquisition Microsoft has extended the technology and deeply integrated it into its own stack.

Those who want to give Power Automate Desktop a try can download the tool from Microsoft in the coming weeks under Microsoft Insider Builds for Windows 10 first. Then, eventually it will be generally rolled out to Windows 10 built in, all the way to the standard cheaper Windows Home version. Until now, a license per user for the tool would typically set you back at least $15 per month.

"We've had this mission of wanting to go democratize development for everybody with the Power Platform," Charles Lamanna, the CVP of Power Platform engineering at Microsoft, told me. "And that means, of course, making products which are accessible to anybody -- and that's what no-code/low-code is all about, whether it's building applications with Power Apps or automating with Power Automate. But another big part of that is just, how do you also expand the imagination of a typical PC user to make them believe they can be a developer?"

This move Microsoft has made which Lamanna believes reduces the licensing friction and sends a message to Windows users that they can build bots and automate tasks as well.

"“The way we’ve designed it — and the experience we have, particularly around the recording abilities like a macro recorder — makes it so you don’t have to think about for loops or what is this app I’m clicking on or this text box — you can just record it and run it,” he said."

Learn more about the now free Power Automate for Windows 10 here and let us know what you think about this move from Microsoft making Power Automate Desktop free for users in the comment section below!