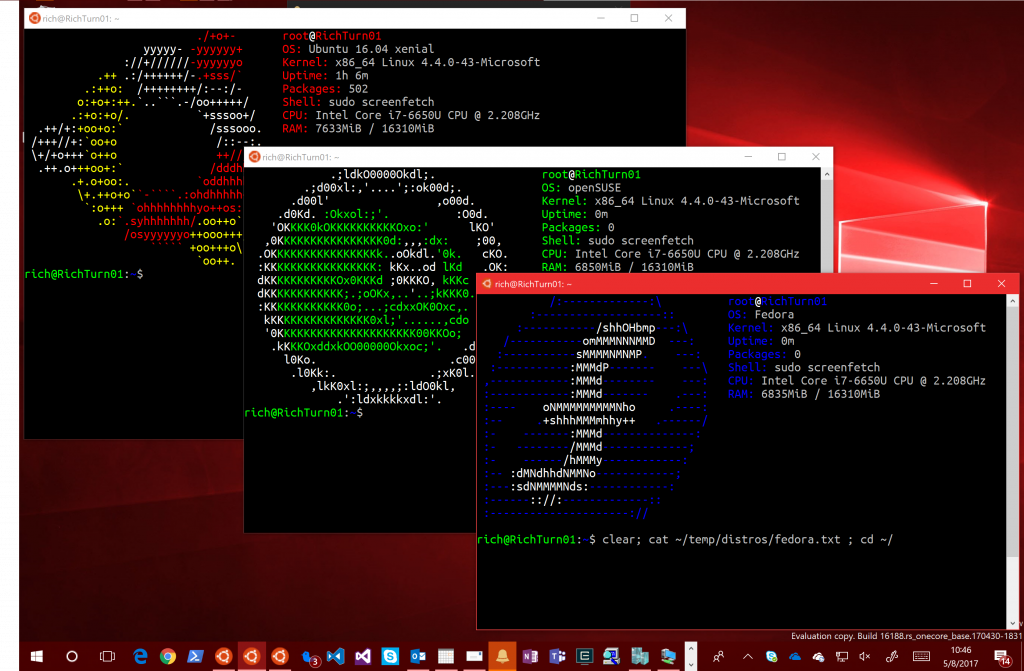 Azure is without a doubt Microsoft's future, but it doesn't operate in a vacuum and at Ignite 2020 the company paid recognition to its former flagship platform Windows by announcing a plethora of developer-friendly features at its enterprise cloud conference.

For starters, the latest version of React Native for Windows is now generally available for use as version 0.63 and now includes automatic linking of native modules and better debugging.

Next up are new features for Windows Subsystem for Linux (WSL) include fast file performance speeds and full system call capability through distribution support for version 2 to Windows 10 version 1903 of higher for x64-based systems.

Microsoft claims that Windows Terminal Preview now has hyperlink support for default browsers as well as the addition of jump list into the Start Menu and Taks Bar search. Windows Terminal also gained a new command palette but only in Preview for now.

A new CsWinRT Tool update will be rolling out allowing to more C# .NET5 developers to build Runtime components soon. As of now, it's been in public preview starting at the beginning of the month and enabled developers to run components that can be used by developer languages that include C++, Rust, JavaScript and Python.

New capabilities for MSIX will also be made available for developers to share and update apps and integrate workflows for app development.

The MSIX team is also releasing an Azure DevOps extension that will automate and simplify building, packaging, signing and deployment of MSIX packages. Integrating build and deployment workflows for apps that need to be packaged as MSIX into Azure Pipelines can be time-consuming; the new extension, available later this year, streamlines that process and is simple and intuitive to use.

Lastly, the Windows SDK team will be releasing later this year NuGet packages for C++, and SDK build tools to enable building of Windows apps in (CI/CD) pipelines.