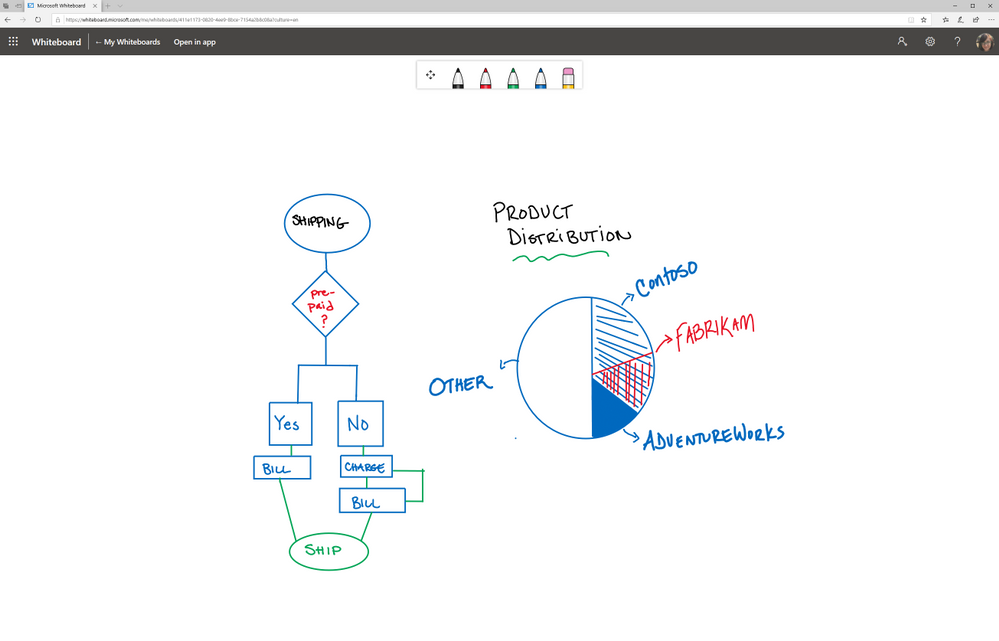 Microsoft announced at Ignite 2019 this morning that its Whiteboard app is now generally available on the web, in addition to the existing Windows 10 and iOS apps. The app also is also available right from the app launcher on Office.com, and Microsoft redesigned the icon to match the refreshed Office icons that the company introduced in recent months.

"Whiteboard for the web is an important part of the Whiteboard family of clients as it makes Whiteboard available on all devices and in Teams,” the company explained today. The digital canvas can now be used during Microsoft Teams meetings, allowing all meeting participants to start collaborating right within the communications hub. "Adding a Whiteboard to a Teams meeting is useful for a variety of scenarios such as diagramming collaboratively, expressing ideas, capturing agenda items and follow ups, remote training, and more," the company said.

For now, Whiteboard on the web is mostly focused on real-time inking, but Microsoft plans to bring more features available in the Windows 10 and iOS apps soon. To check out the new web app, just go to whiteboard.microsoft.com.

Ignite 2019: Microsoft presenters use Surface Neo and Duo in sessions