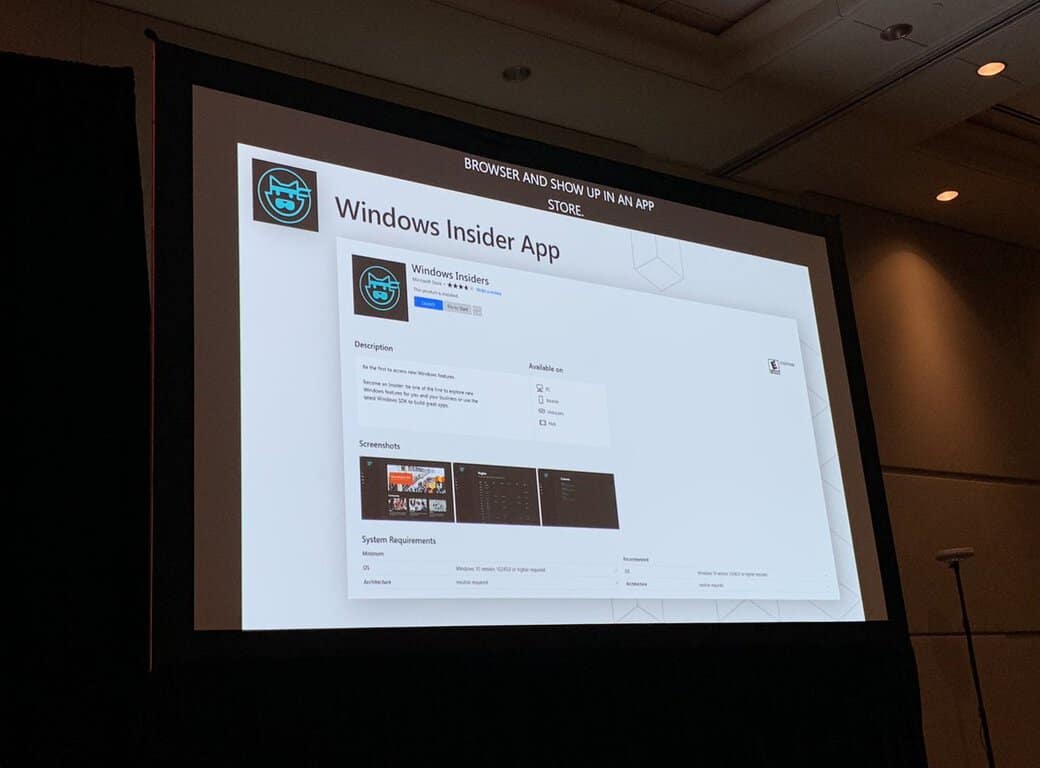 In the vein of crowdsourcing solutions for Windows 10, the Windows team just announced that it's taking its community-driven approach to the people, so to speak.

A new Windows Insider Program app (WIP) is in the works as a PWA that'll be left as an open-sourced project to encourage other developers to experiment more with PWA's.

As reported by Windows Central, the announcement came via a late day session at Microsoft's Ignite 2018 conference where the details were outlined as followed:

While on the surface the Insider Hub PWA sounds progressive (pun intended), it's a long overdue resource that mainly serves as a blog and press release content aggregator, as it stands now.

There is no mention of an integrated Feedback Hub where arguably most Insider engagement occurs.

Perhaps, in the near future, a Feedback Hub will be integrated into the app thus showcasing the full potential of highly trafficked PWA solution.