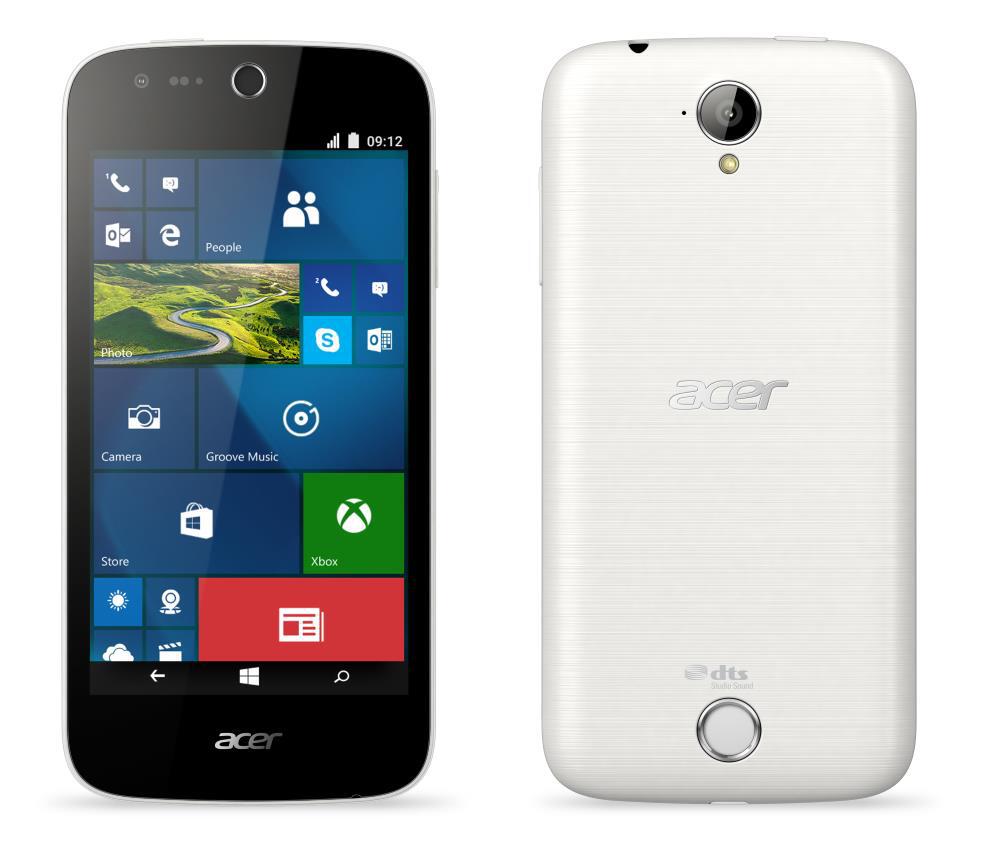 IFA 2015 is going in its full force and it seems Acer is enjoying every bit of it. The company introduced a number of new products, laptops, and even Windows 10 Mobile smartphones. Acer already unveiled the Jade Primo dubbed as the “first pocket PC phone” running Windows 10 Mobile, but it’s not the only one, the company has introduced two budget-friendly Windows 10 Mobile handsets as well. They are called the Liquid M320 and M330.

Both handsets almost bring an identical set of features and specifications with a few changes on board. Both devices features a 4.5-inch display sporting a resolution of 854 by 480 pixels and ships with Windows 10 Mobile as its operating system. The processing on the Liquid M330 is handled by the Qualcomm Snapdragon 210 (MS 8909) while the Liquid M320 comes with a Qualcomm Snapdragon MS 8209 processor. The other difference is in the camera department, the Liquid M330 boasts a 5MP front-facing and rear cameras while the Liquid M320 features a 2MP front-facing camera and a 5MP rear camera.

As far as the availability is concerned, the Acer M330 is set to hit retail in EMEA later this year with prices starting at €129. The exact availability date is not mentioned, and the company didn’t even shed any details about the launch of the new handsets in North America. If you ask me, I think it’s a little unlikely for the handsets to make an appearance in the US as both of these handsets are targeted towards developing markets.

Nonetheless, both devices are good enough considering their price tag. We’re hoping the handsets will go on sale once Microsoft is officially done with the new Windows 10 Mobile operating system.