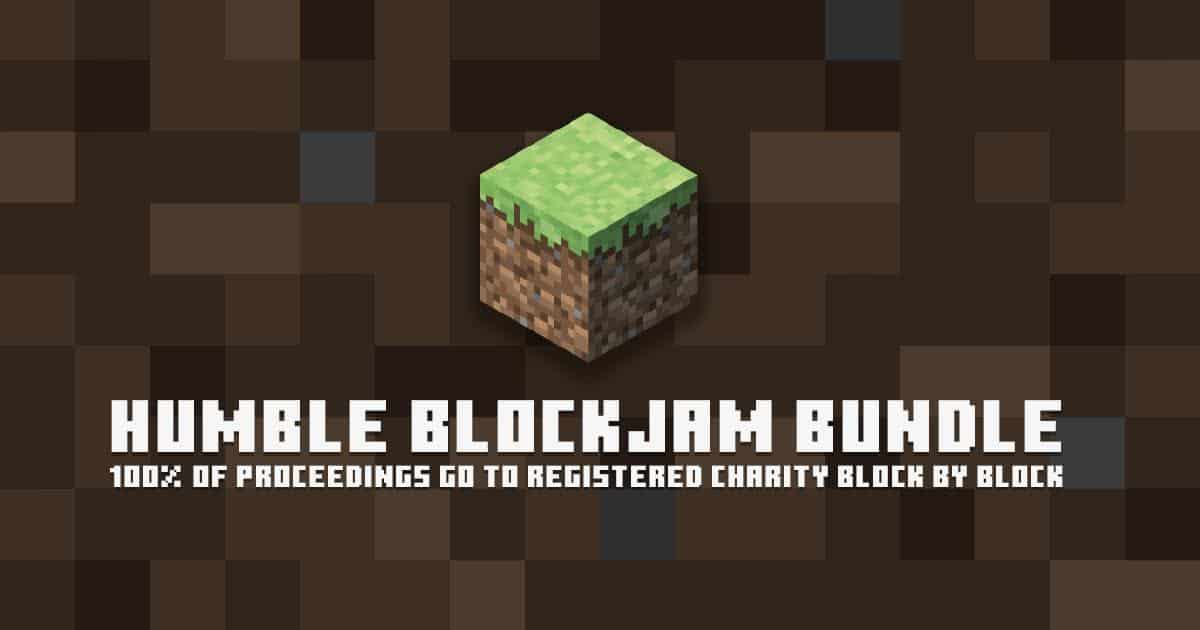 Microsoft is continuing their philanthropy, this time in collaboration with the Humble Bundle website. Both Mojang and Microsoft Studios are taking part in the Humble Blockjam Bundle, a live stream event with other developer studios to create games within a severe time limit of three days and raise money for charity.

Humble Bundle is known for their low prices and contributions to a variety of charities. Purchasing from their store gives 10% of the price to a charity of their choice. Similarly, their low priced video game bundles let users choose how much they’d like to attribute to the developer, site, and charity depending on how the customer thinks the money should be spent.

For this Humble Blockjam Bundle, the five teams are creating games for the Block by Block charity. This initiative fittingly uses their funds to build public spaces with designs created by residents in Minecraft. All 100% of the proceeds from these donations will be going to Block by Block to continue their work.

One game the five games features behind a charismatic gentleman on the train attempting to convince other passengers that they are stuck between the space/time continuum. Without spoilers, the developer mentioned on the stream that the story can turn good or bad depending on the individual.

The Humble Blockjam Bundle started just yesterday and has another day and a half to go but it’s already gathered $19,000 dollars for Block by Block. While the games aren’t expected to be the highest quality, donators will be getting the five games at the end of the event on Friday at 3:00 a.m. PST. Not only will you get to watch them develop games and talk to developers, but tours of the Mojang office will be had with Youtube personalities like Stampy, StacyPlays, and Squaishey.

You can watch the streams of each developer team and donate to charity for some free games by visiting the Humble Bundle site. Don’t wait, it won’t last too much longer!