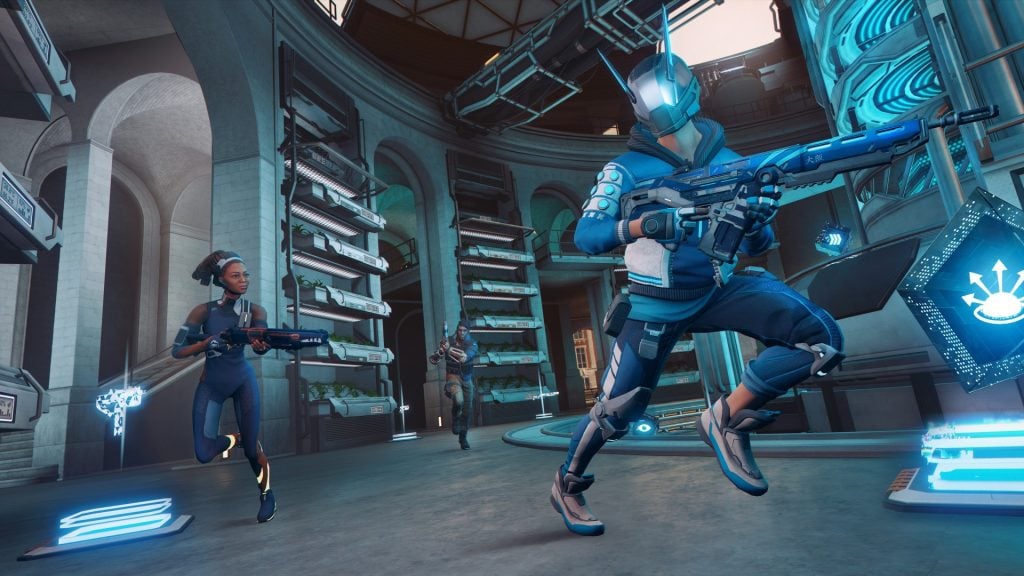 Hyper Scape drops you into the virtual city of Neo Arcadia to compete in Crown Rush. Crown Rush pits you in teams of three or solo to compete in Crown Rush, a competition to see who can hold the crown for at least 45 seconds or be the last team left standing. Be careful though, once you grab the crown, everyone will be able to see your location and will get a special bonus if they take you out.

As noted in a post on Xbox Wire, Hyper Scape Season 1 adds a new gun, "the Dragonfly, as well as a new hack, Magnet, for a total of 11 weapons and 11 hacks." Hyper Scape's Crowncast extension for Twitch is adding features like "Kudos," to allow viewers to react to game moments using "Bits" to generate visual effects that appear in a streamer’s game. In addition, Season 1 is adding free and premium Battle Passes with 100 tiers of items to unlock, either through playing or watching streamers using the Crowncast Twitch extension.