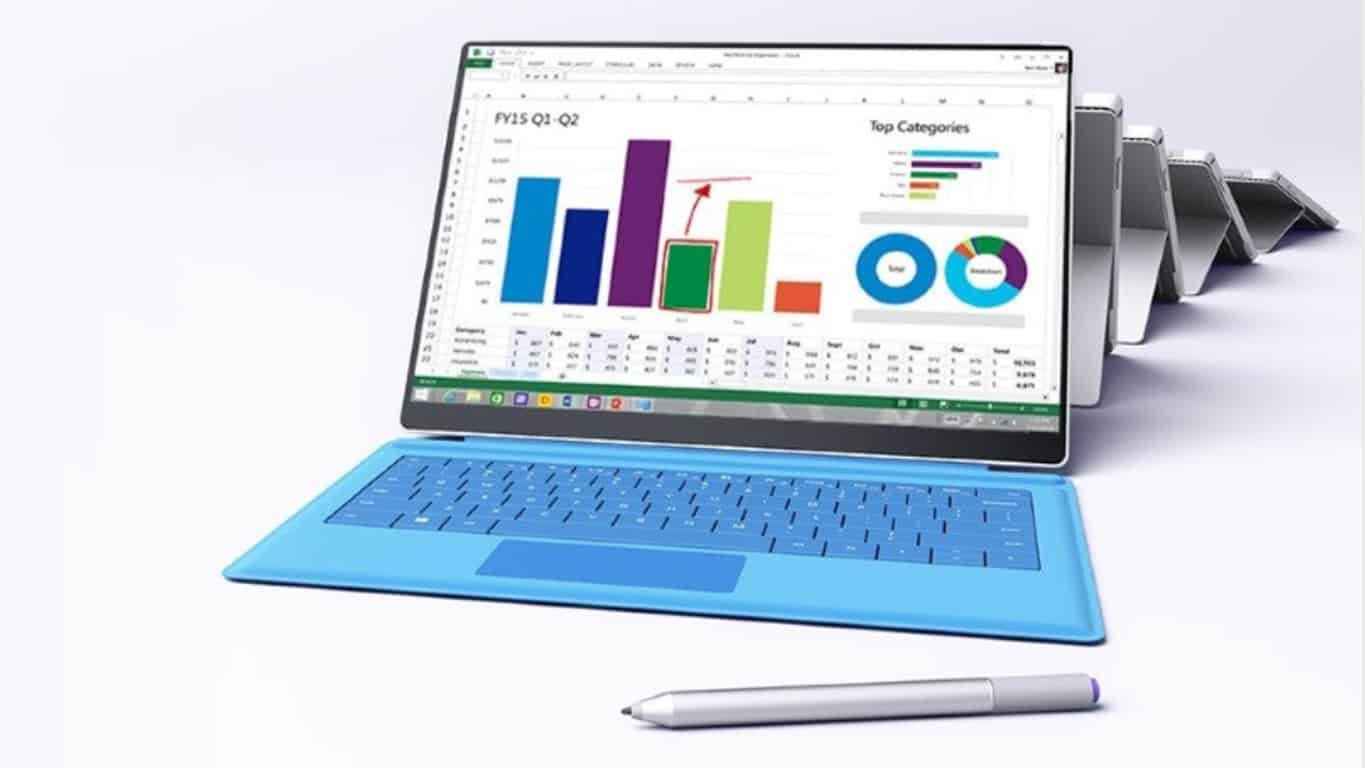 With the potential announcement of the inevitable Surface Pro 4 looming on the horizon, there are bound to be information leaks regarding its internal specs and physical appearance. Some of these leaks may be accurate while others are likely either complete fabrications or the result of miscommunication between involved parties. Today the Arabic-language news site, W4pHub has posted a report suggesting that sources involved in the creation of the upcoming Surface Pro 4 claim the device will feature an ultra-thin bezel, much like the Dell XPS 13. Their sources enthuse that the bezel will be so thin that it will almost be non-existent on the top and sides and will only be visible on the bottom. This would suggest that the physical Windows key is either returning to the bottom of the Surface line of products or being removed altogether. Perhaps this is why Windows 10’s tablet mode makes heavy use of a taskbar for app navigation. Sounds possible.

Something not so believable is their claim that the Surface Pro 4 will feature something they refer to as a “smart frame” that will physically change size depending on the mode Windows 10 is in (desktop or tablet). The rumor states that when the device is in desktop mode or has a keyboard attached, the frame will sit at around 13 inches but when switched to tablet mode it would shrink to 12 inches to assist the user in holding the device in their hands. On one hand this makes a certain level of sense as if the Surface Pro 4 has next to no bezel, holding it in your hands is bound to cause some unintentional touching of the screen. But on the other hand, this sounds a bit too crazy to even imagine and would involve some truly revolutionary engineering. If this “smart frame” is entirely software-based though, that could make some sense.

What do you think about these Surface Pro 4 rumors? Unbelievable or entirely possible? Microsoft is expected to reveal all of the official details during a special presentation on October 6th but for now, feel free to speculate in the comments below.