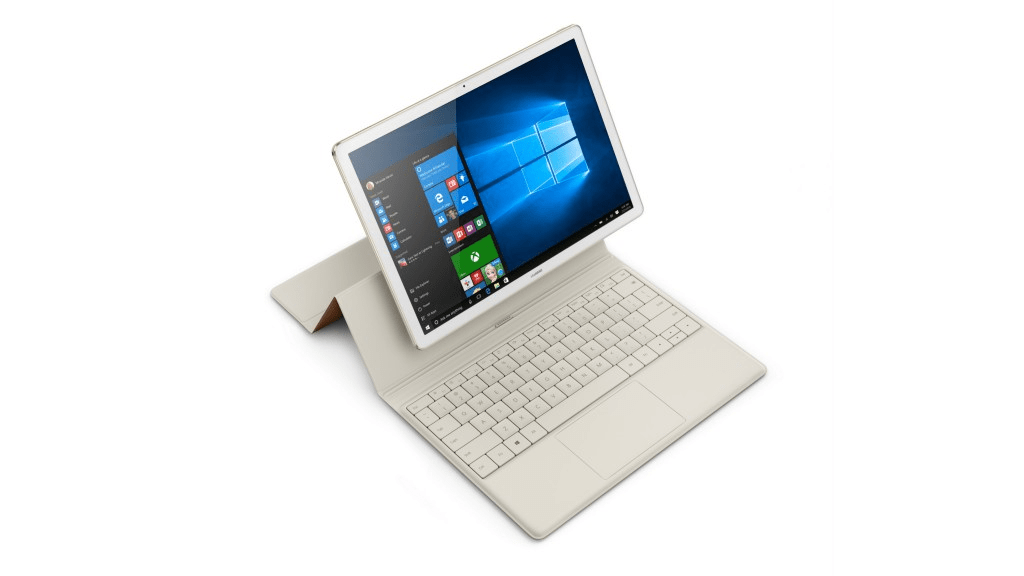 Four years ago, Microsoft brought a new product category to the market by introducing its first range of Surface hybrid devices. After four iterations plus a new addition to the family with the Surface Book hybrid laptop, market research company IDC recently acknowledged that Microsoft is leading the detachable tablets revolution, a fact that third-party OEMs also seem to agree with as many have released Surface-like devices over the last few months (the Samsung Galaxy TabPro S, the HP Elite X2 and the Lenovo MIIX 700 are all well-made, cheaper alternatives).

These major PC OEMs will soon be joined by Huawei, as the Chinese company announced today during an event at the One World Trade in Manhattan that its Matebook hybrid tablet which it previously introduced during Mobile World Congress 2016 is now up for pre-order in the US, with shipping starting July 11th (via Techcrunch).

While the Chinese OEM may probably be more famous for its competitive and affordable Android phones, the Matebook is actually a premium-looking device thanks to its metal unibody design which is both thin and light (6.9mm and 640g). The Matebook will be offered in two different colours (Golden and Gray) and Huawei will also sell separately three different accessories:

Moreover, while the official specs page lists that the MateBook will run either Windows 10 Home or Windows 10 Pro, Techcrunch reports that the hybrid tablet will run a Signature Edition of Windows 10 which means that it will be bloat-free, just like the Signature Edition PCs that Microsoft is selling in its stores. Huawei also mentions on the official specs list that the MateBook is compatible with its Mate and P series smartphones, which means that users will be able to perform a simple drag and drop operation to transfer files between their Huawei MateBook and phone.

Four years ago, Microsoft brought a new product category to the market by introducing its first range of Surface hybrid devices. After four iterations plus a new addition to the family with the Surface Book hybrid laptop, market research company IDC recently acknowledged that Microsoft is leading th

You can find the detailed specs below:

The Huawei MateBook starting price will be $699 in the US, while the MateBook portfolio, MatePen, and MateDock will be sold respectively for $89, $59, and $89, respectively. The MateBook doesn’t appear available to pre-order as of now, but you can check the official page to get more information.

We’re glad to see OEMs embracing the detachable form factor, and Huawei has just proved that it can challenge more established PC manufacturers as well as Microsoft which has yet to release an update to the affordable Surface 3. Do you like what Huawei is a good addition to the Windows 10 ecosystem of devices? Let us know what you think in the comments below.