HP announces the HP VR Backpack and a host of other devices for gamers and professionals - OnMSFT.com Skip to content
We're hedging our bets! You can now follow OnMSFT.com on Mastadon or Tumblr! 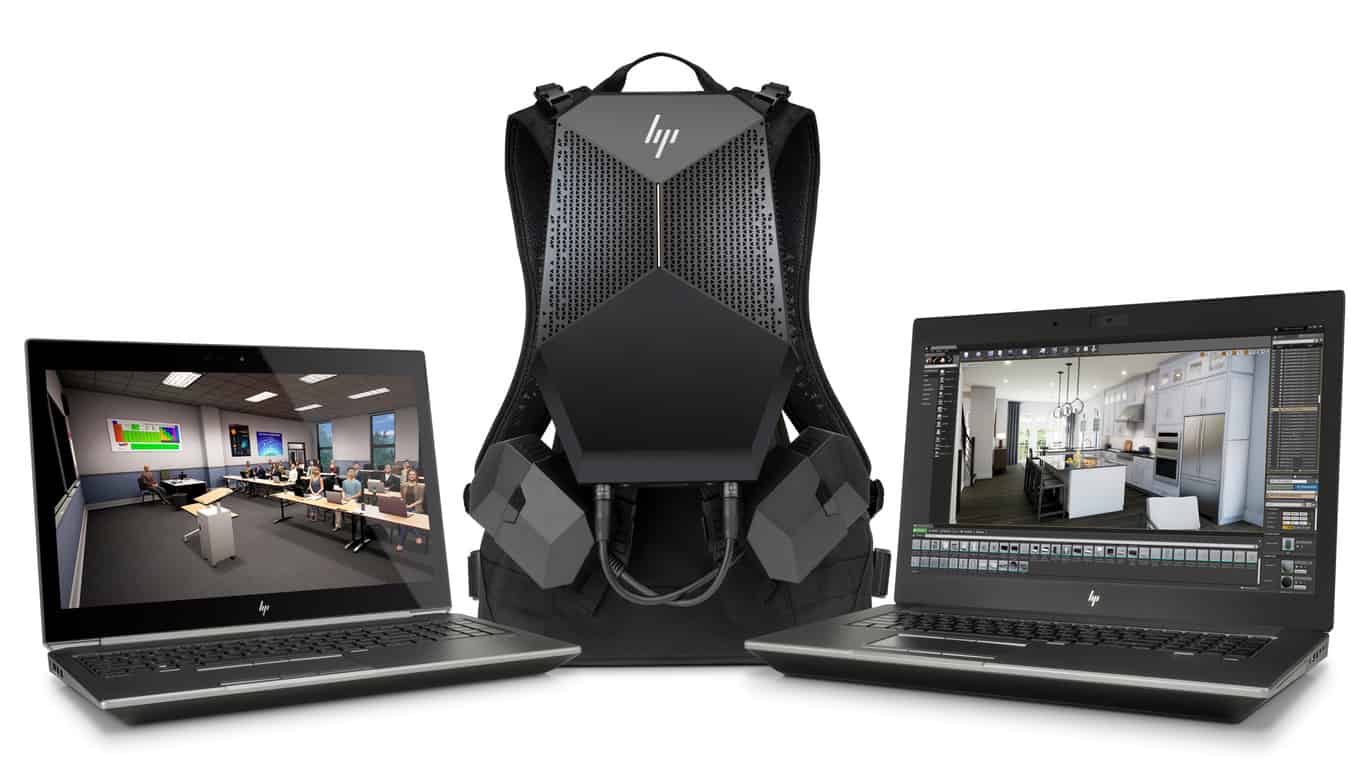 HP officially announced a range of new devices during Computex 2019 this morning in Taiwan.

By far one of the more interesting reveals was the company's new VR backpack, the HP VR Backpack, that boasts an incredibly powerful computer that can be used on-location or on the move. The device is apparently 30 percent more powerful than the previous model and is powered by 8th Gen Intel Core i7 and Nvidia GeForce RTX 2080.

Clearly not intended for the average consumer, the HP VR Backpack is targeted at those who require portable processing power outdoors or on-location for special events or presentations. The HP VR Backpack is expected to launch in summer for around $3,299.

In addition to the HP VR Backpack, HP also unveiled the HP ZBook 15 G6 and HP ZBook 17 G6, two new high-powered laptops for creators which will both launch in July starting for $1,449, and several new entry workstations in the HP Z2 Tower series.

The HP Z1 Entry Tower G5 is expected to debut in July while the HP Z2 Desktop devices are expected in August. No prices have been announced yet.

Other noteworthy announcements from HP at Computex 2019 include the integration of leather and real wood in a variety of devices.

Have you been impressed by any news coming out of Computex this year? Share your thoughts with the community in the comments below and then follow us on Twitter for more tech news.