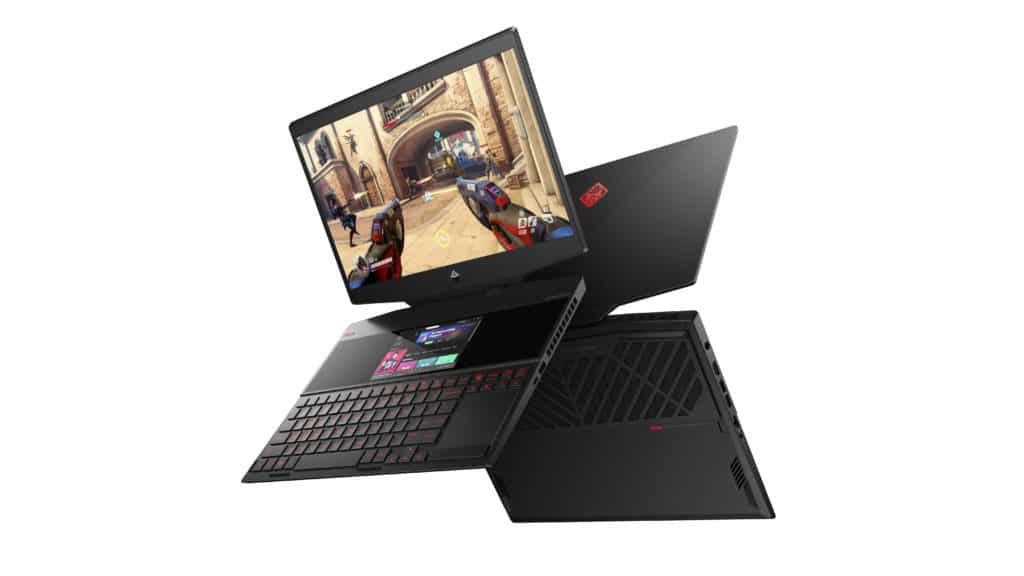 HP has announced a new set of gaming laptops that they are launching over the next couple months. One of those is the HP Omen X 2S, a laptop with a built-in secondary screen that can be used for messaging, controlling music, streaming gaming videos or browsing the web.

According to Microsoft’s blog post, approximately 82% of gamers use their phone as a second screen for message, and almost half of people use it to listen to music, watch game-related videos, and browse the web. HP sees this as an opportunity to increase the usefulness of its new gaming laptop, and as such has introduced a secondary screen right above the keyboard built for this purpose.

HP says that it will start out with WhatsApp and WeChat as messaging options on the second screen, which will be a 6-inch 1080p touch display. Users will also have access to Spotify, and will also be able to stream gaming sessions on Twitch and YouTube. Additionally, the screen can also serve as the Omen Command Center for allowing users to quickly and easily customize their PC settings without having to leave their games.

HP is also chosen to make this the first 15-inch laptop to use liquid metal compound thermal system from Thermal Grizzly Compound, which is said to be 10 times more effective at head dissipation than traditional thermal grease, boosting as much as 28% framerate in gaming as tested in Apex Legends. The laptop will be available sometime in June for a starting price of $2099.99.

Of course, if you’re not a big fan of the secondary screen, HP also has new versions of the Omen 15 and Omen 17 laptops, which it says are up to 20% slimmer than the previous versions. Like the Omen X 2S, these laptops also feature a new cooling system, although in this case they use the new Omen Tempest, and overhauled cooling solution that uses a 12-volt fan to utilize a three-sided venting solution to enable five-way airflow.

For those who might be on tighter budgets, the HP Pavilion Gaming 15- and 17-inch laptops also come with the latest 9th generation Intel Core processors available in either the i5 or i7 mobile CPU options. Users can also configure them with up to the recently announced NVIDIA GeForce GTX 1060 Ti with Max Q design which helps reduce heat and noise in thinner laptops. The 15-inch laptop will start out $799.99, with the 17-inch version coming to about $50 more.

All of the laptops will be released by June on HP’s website as well as other retailers. HP is also releasing displays and accessories for their Omen and Pavilion Gaming laptops in addition to enhancements to the Omen Command Center software.