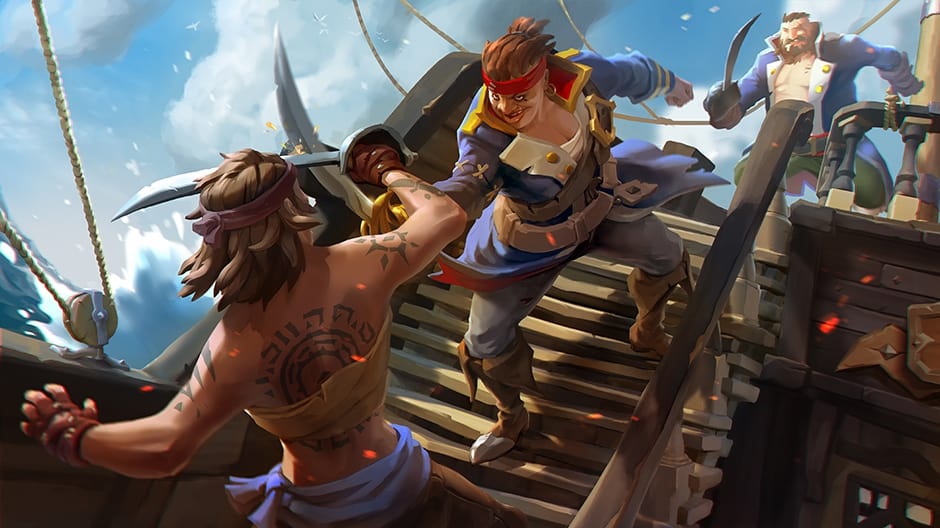 Many Xbox players wanted to know how the game progressions works in Sea of Thieves and what players need to do to become a Pirate Legend. The Sea of Thieves team want to engage their community by fielding their questions and listening to their feedback on what they would like to see in Sea of Thieves.

The main goal for the Sea of Thieves team was to create an unparalelled multiplayer experience. This goal is what fuels the Sea of Thieves game progression system, including all the adventures and quests in the Xbox One game. For those interested in becoming a Pirate Legend, here's what you need to do:

"Becoming a Pirate Legend is the core objective of Sea of Thieves, and players can build their legend by accruing reputation for their exploits and adventures. Reputation is acquired from a set of trading companies, rewarding players for advancing their interests on the high seas. These trading companies offer quests for players to pursue, offering successful brigands reputation and gold as well as improved titles, ranks and cosmetic items used to represent themselves to friends and foes. As players progress within a trading company, they earn access to more varied and unique quests that promise unforgettable adventures and rewards. Once players build their reputation with each trading company, they will unlock their status as a Pirate Legend."

Additionally, sharing your quests is encouraged in Sea of Thieves. Sea of Thieves was created with an epic multiplayer in mind, and that extends to the game's progression system. Sea of Thieves players can also share their quests with their friends on Xbox Live, regardless of their rank and reputation.