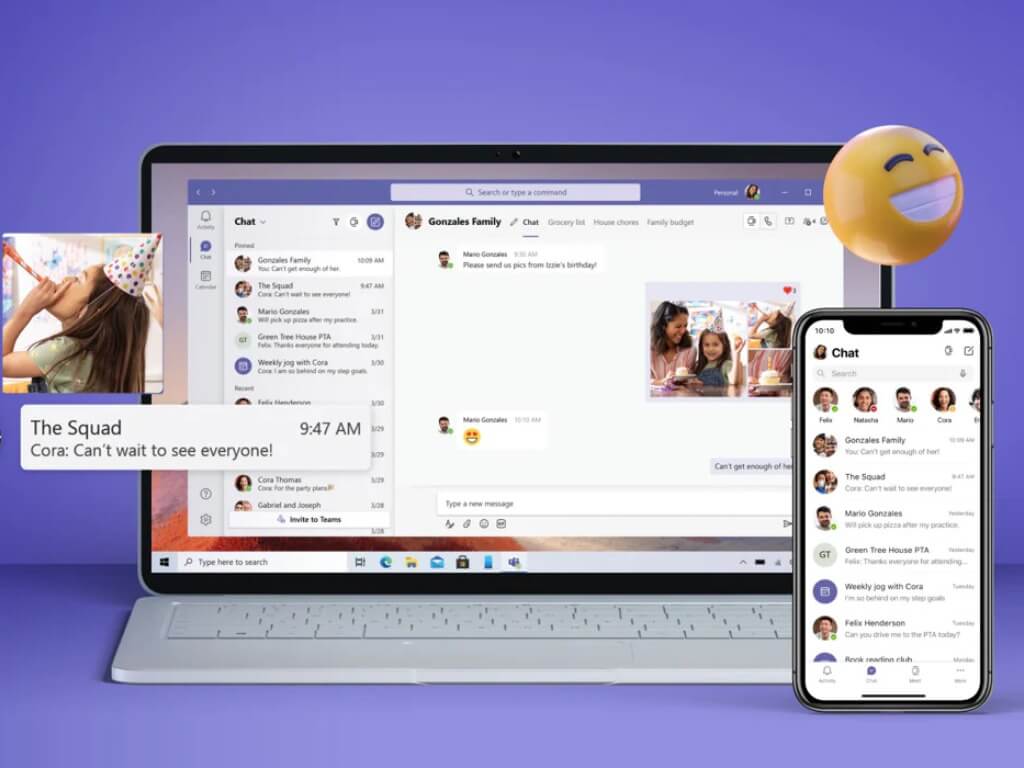 Have you felt in recent times that Microsoft Teams is using less battery on your laptop during your video calls? Well, you're not mistaken, as Microsoft has steadily improved on Teams' battery usage over the years. In a recent tech community post, the company described just the reasons why, and how it has reduced power consumption in meetings by up to 50%.

On the technical side, Microsoft says it accomplished this by first creating a test framework to measure power consumption during video calls and screen sharing. After getting results, Microsoft focused on camera optimizations to reduce demands on the CPU during video meetings as well as power draw from the camera itself. These include reducing code complexity for auto-exposure, auto-white balance, auto-aliasing.

In addition, Microsoft also worked to focus on video rendering, It says that Teams now combs video strands and composes them into a single video, which is consolidating operations in video rending and reducing power requirements for each device. Other optimizations include focusing on using the native resources of operating systems to improve how image fragments are transferred during the rendering.

Per Microsoft, there were a couple of factors in helping reduce Team's energy consumption. At the front is lowering the strain on IT admins to buy hardware. Another is also ensuring that both folks with low-end hardware and those with high-end hardware have the same great Teams experience.

Heading into the future, more optimizations are on the way. Microsoft noted it's planning to work with CPU and GPU vendors to ensure that next-gen chips are optimized for Teams and video conferencing. We've already seen the first of that with Snapdragon 8cX Gen 3 ARM-based chips, which includes improved camera start-up time (15% faster), support for autofocus, auto white balance, and auto exposure, as well as noise cancellation all on the SoC.