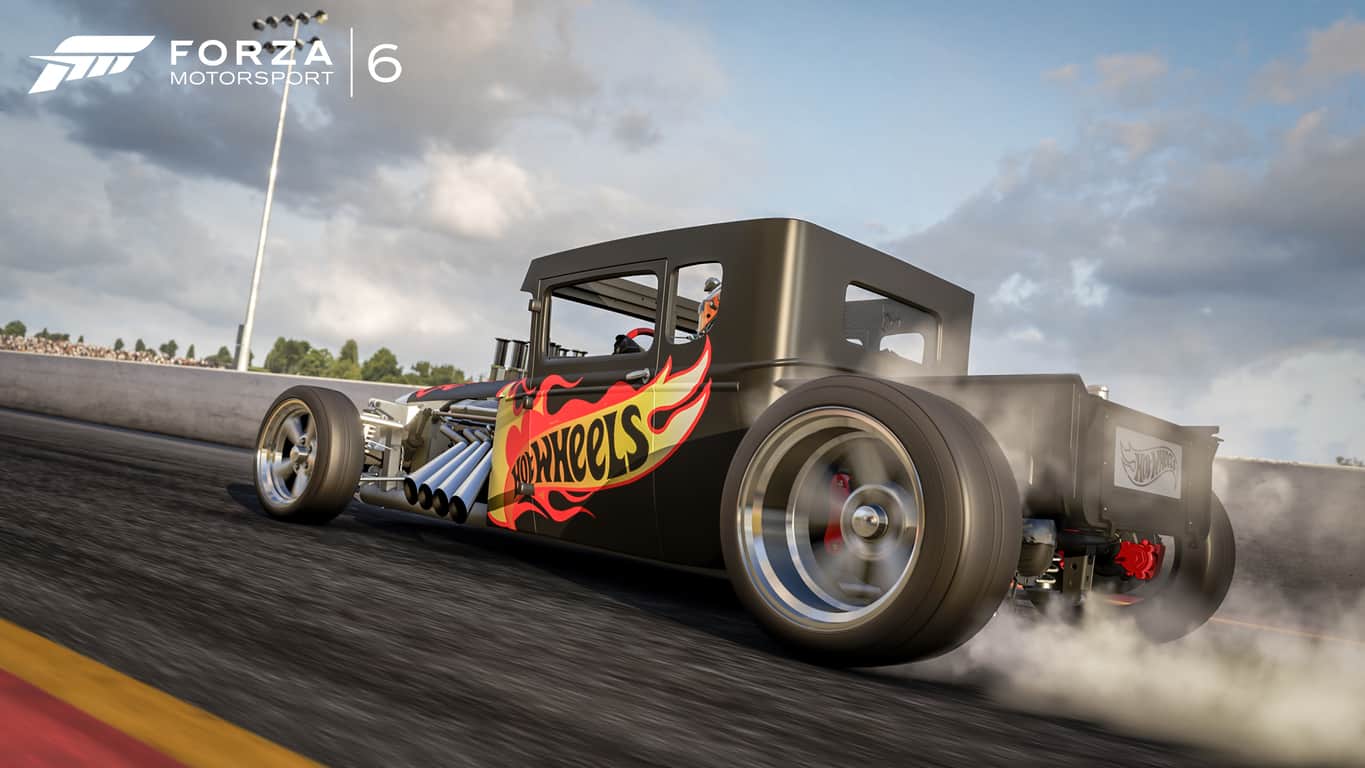 It has become pretty standard over the years that each release of Forza continues to see its garages grow with DLC packs. Most of the time they are packs of cars you would actually see driving down a racetrack, like with the Top Gear Car Pack or the AlpineStars Car Pack. But recently Forza owners got a fantasy treat to drive the iconic Chryslus Rocket 69 from the game Fallout 4. And now Forza Motorsport 6 is getting another dose of fantasy cars with the Hot Wheels Car Pack.

With this latest car pack players will be able to drive two cars from the Hot Wheels universe, the 2011 Hot Wheels Bone Shaker and the 2005 Ford Hot Wheels Mustang.

[T]he Bone Shaker is the ultimate rat-rod – a real life showcase car built in 2011 that that has since taken on legendary status among Hot Wheels fans. Alongside the Bone Shaker, the killer drifting Mustang that Hot Wheels built to celebrate 50 years of the Mustang model is sure to become a favorite among Forza fans who love to get sideways

In total the Car Pack includes seven cars. So beyond the two Hot Wheels inspired additions players will get some other solid cars for their garage, including a Ford Focus which hasn’t actually hit the road yet, a McLaren supercar, the F1 race car which won Ferrari second place in the 1990 World Constructors Championship, and more. The entire list of cars is:

The Hot Wheels Car Pack is available now for $7 or cars can be purchased individually. The Forza Motorsport 6 Car Pass does not include this Car Pack unfortunately. So if you have always wanted to race the chicanes of Le Mans in a car with a skull for a grill you can pick up this car pack in game today.