HORI to release first official keyboard and mouse for Microsoft's Xbox One - OnMSFT.com Skip to content
We're hedging our bets! You can now follow OnMSFT.com on Mastadon or Tumblr! 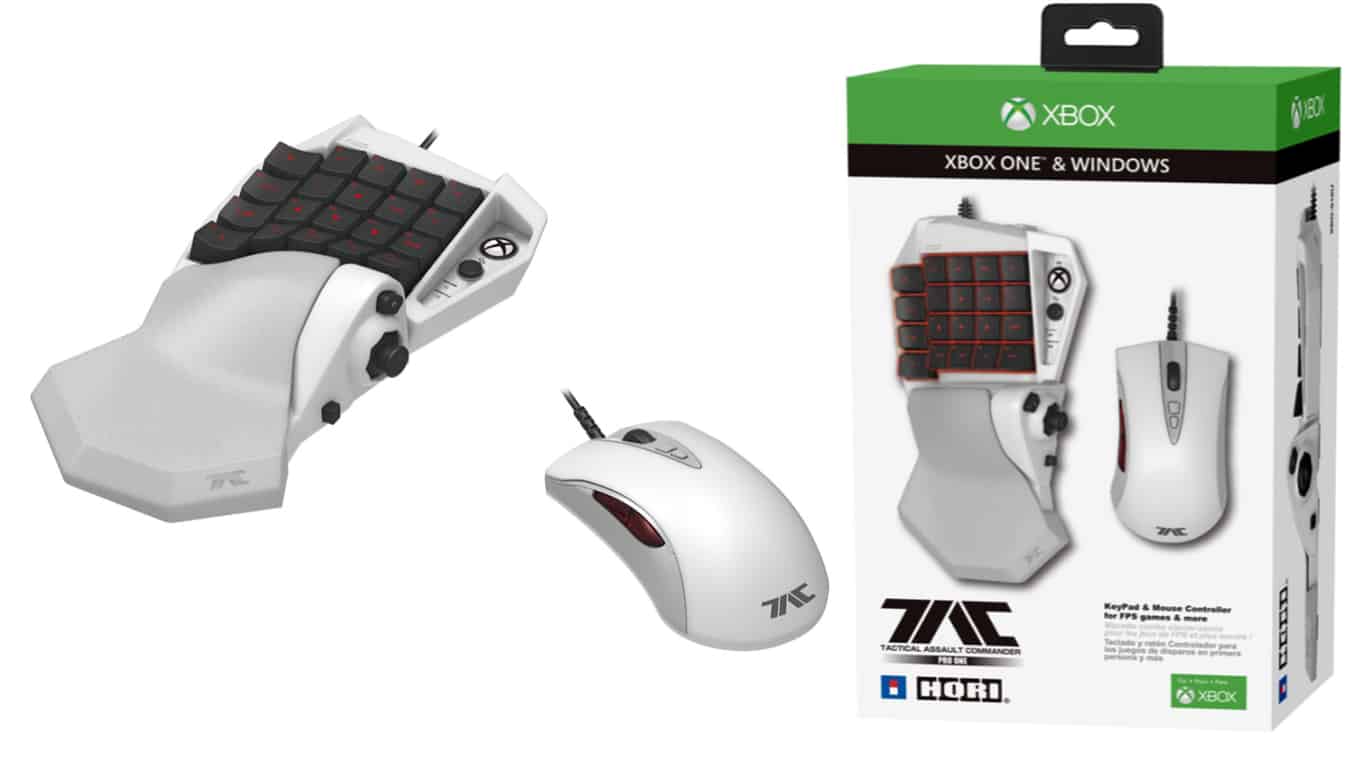 Microsoft's Xbox One video game console is about to get its first officially licenced keyboard and mouse on October 30th. Called the HORI Tactical Assault Commander Pro One (or "TAC Pro One"), this new keyboard and mouse combo will function on both Xbox One consoles and Windows 10 PCs.

Key functions and sensitivity can be customized by the official mobile app while special features like the designated snipe and quick buttons and ADS lock give it vastly more appeal than a basic keyboard and mouse setup.

Officially Licensed by Microsoft. The tac Pro one's mechanical keypad and mouse bring PC style controls to Xbox One. Designed specifically for FPS games, features include keypad or analog stick movement, and programmable user profiles. The tac Pro provides an entirely new control method to the Xbox One to revolutionize your play style. Universal compatibility: plug and play on the Xbox One and Windows PC. Designed specifically for FPS games. Compatible with the included tac gaming mouse or any HID-compliant USB mouse. Fully programmable: adjust and store your settings for mouse sensitivity, acceleration and dead zones.

The HORI Tactical Assault Commander Pro One can be pre-ordered today on Amazon and is currently retailing for around $150. Would you ever use something like this on your Xbox One console? Let us know in the comments below.

Spanish doctors are using HoloLens in the operating room, cutting surgery time in half