The historic multi-billion-dollar collaboration between the US Army and Microsoft has just been put on ice, unexpectedly.

While Microsoft and the US Army have been prototyping and field testing a new augmented reality technology platform called Integrated Visual Augmentation System or IVAS for a while now, it wasn’t until March 2021 that formal multibillion dollar contract had been draw up between the two.

Now it seems that mere seven months into the contract that Army is halting the full-scale production and acquisition of Microsoft’s HoloLens headsets to outfit troops with its IVAS platform.

According to Janes, the Assistant Secretary of the Army of Acquisition, Logistics and Technology (ASAALT) office has halted any further development on the potentially $21.9 billion project between Microsoft and the US Army.

Statements from Brigadier General William Glaser offered only the briefest of explanations on the pause that include the US Army is “essentially doing a reset of the program, figuring out what is the appropriate timeline and where is the technology.” 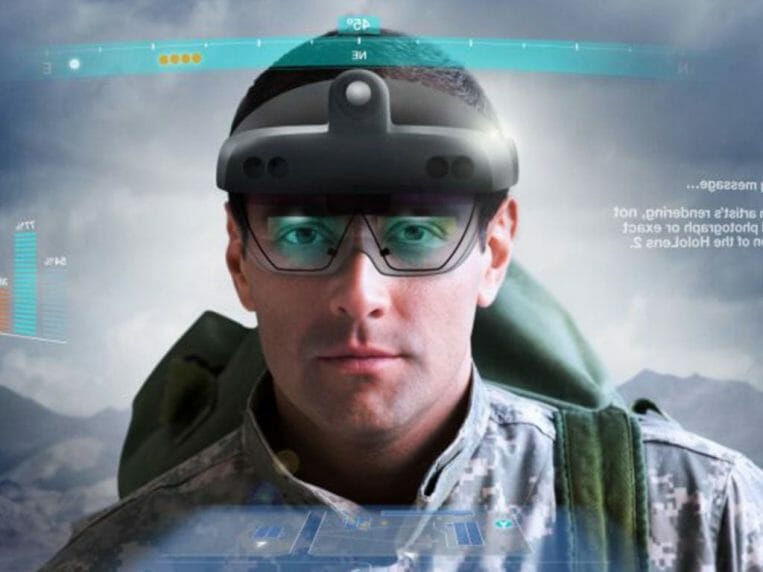 The office of ASAALT hasn’t offered further details on the pause, and while we have reported on the story over the months, TheDrive surfaces some details about concerns the Army has had filed testing HoloLens that may be a vector for the seemingly abrupt halt.

Early prototypes of repurposed HoloLens’ were marked by the US Army for their inability to function in the rain.

While the retrofitted HoloLens headsets referred to internally as Capability Set 3 (CS3) has improved its ruggedization and data capabilities over time, there have still been concerns about things like battery packs and the effects of incoming fire.

Questions have also been raised about the conformal batteries that soldiers need to carry in their gear to power the IVAS headsets, both in regard to how long they can keep the systems running and safety concerns about what might happen if they get shot or otherwise damaged in combat. The Army has said in the past that it has made progress on improving the capabilities of the batteries and their resistance to incoming fire.

Again, it should be noted that the US Army and Microsoft have been tinkering with the IVAS project as far back as 2016 so shortcomings of the HoloLens headset would have seemingly been explored in both iterations of the hardware.

Tangentially, the Army is looking to advance its own Enhanced Night Vision Google-Binoculars (ENVG-B) with augmented reality features.

Perhaps, the Army overshot its timelines or Microsoft overplayed its capabilities, but whatever the case, what would have a been a long term lucrative deal for the software company is sitting on the shelf for now.

LinkedIn is exiting China due to “challenging operating environment”