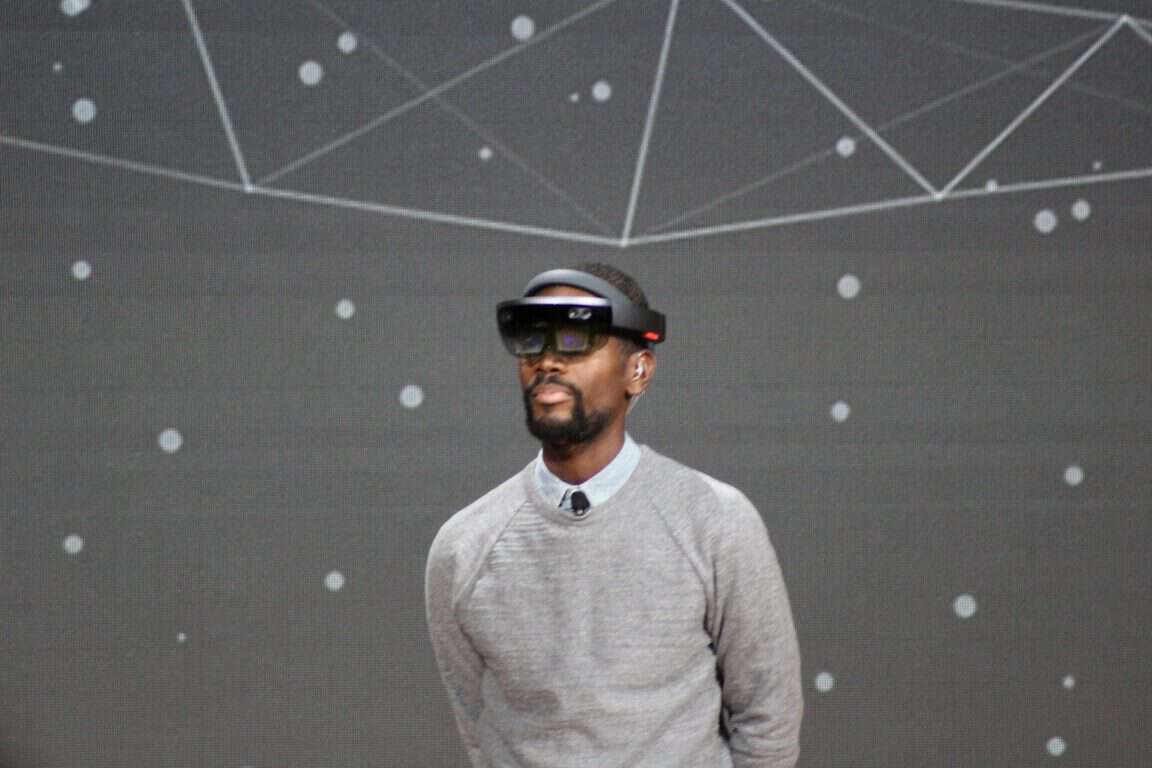 A lot of thought went into creating audio for the Microsoft HoloLens. In order to make the HoloLens holograms believable, Microsoft Research relied on spatial sound. Specifically, Microsoft created the HoloLens to use HRTF (head-related transfer function) audio to configure sounds to simulate how people perceive sound beyond their line of sight. The HoloLens audio system mimics the way the human brain perceives sounds.

Here's a video for developers explaining how the Microsoft HoloLens perceives sound.

Microsoft's audio innovation director, Matthew Lee Johnston, sat down for an extensive Engadget interview, talking about how Microsoft came up with the speaker system for the HoloLens.

"Spatial sound roots holograms in your world. The more realistic we can make that hologram sound in your environment, the more your brain is going to interpret that hologram as being in your environment. [Spatial sound] is what we experience on a daily basis. We're always listening and locating sounds around us; our brains are constantly interpreting and processing sounds through our ears and positioning those sounds in the world around us."

Engadget provided an interesting clip of sounds Microsoft Research used for acoustic measurements, listen to how these sounds play through your PC speakers.

Apparently, HRTF audio is utilized for most 3D audio experiences in VR (virtual reality) scenarios too. New York University offers HRTF databases that are available to the public. Another company, VisiSonics, is measuring HRTFs to build its own HRTF library.