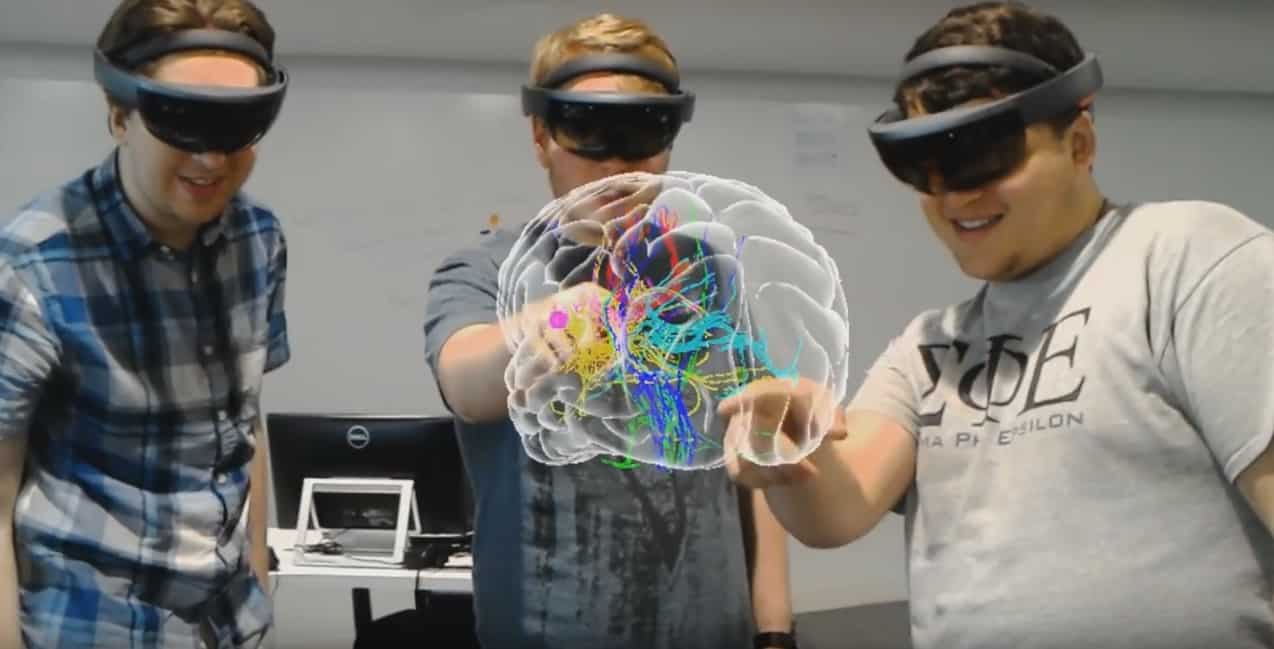 Over the last year and a half, Microsoft has attempted to temper public expectation by repeatedly emphasizing its commercial use over its potentially casual one. As more businesses and organizations with $3,000 worth of spare change get their hands on the HoloLens, it’s becoming quite apparent where the practical use of augmented and mixed reality is headed.

As an example, Case Western Reserve University and Cleveland Clinic have jointly created an experience with the HoloLens worthy of a Jackson Hole Science Media Award. The joint project of the two institutions called HoloAnatomy has been nominated in an international competition that recognizes the very best in science communications with use of various media.

As the Daily reports:

HoloAnatomy goes beyond the on-stage demonstrations that hundreds of thousands watched in person and online during the last two years of Microsoft’s Build conferences for developers. Instead of a brief glimpse of organs in a body or single look inside a translucent brain, the new app from Case Western Reserve and Cleveland Clinic allows viewers to explore at their own pace—and from any perspective.

As narrator Erin Henninger explains, the app is designed “to show you the kinds of learning HoloLens makes possible, a way to shift from centuries of dissection and 2D illustrations to a 3D systems-level view, at true human scale.”

As impressive as HoloAnatomy is, by no means is it a shoe-in for the award as it faces stiff competition from two other giants in the field, world renowned Sir David Attenborough and Google’s Tilt Brush app. Fortunately for HoloAnatomy, the HoloLens-based project is the only mixed reality contestant among the top 3 contestants. Its ability to mixed real-world environments with holographic-like elements may give it an extra nod for practicality versus the more immersive projects from Sir David and Google’s Tilt Brush programs.

Whatever the outcome, HoloAnatomy’s presence on the Jackson Hole Science Media Award stage signifies a growing interest in the commercial use and application of augmented and mixed reality. Furthermore, Microsoft, Case Western Reserve, and Cleveland Clinic are working together to build a new research and Health Education Campus that will emphasize course curriculum surrounding the use of HoloLens by medical students.

While the HoloLens at this point is less headline-sexy as virtual reality, Pokemon Go, or the mysterious Magic Leap, its real-world research and commercial uses are continually being etched out by the men, women, and businesses that are embracing its transformative nature. Now that ordinary folk, with usually large financial savings set aside, can now get their hands on the HoloLens, Microsoft and others are inching closer to showing off what a years’ worth of 3rd party development has to offer users.