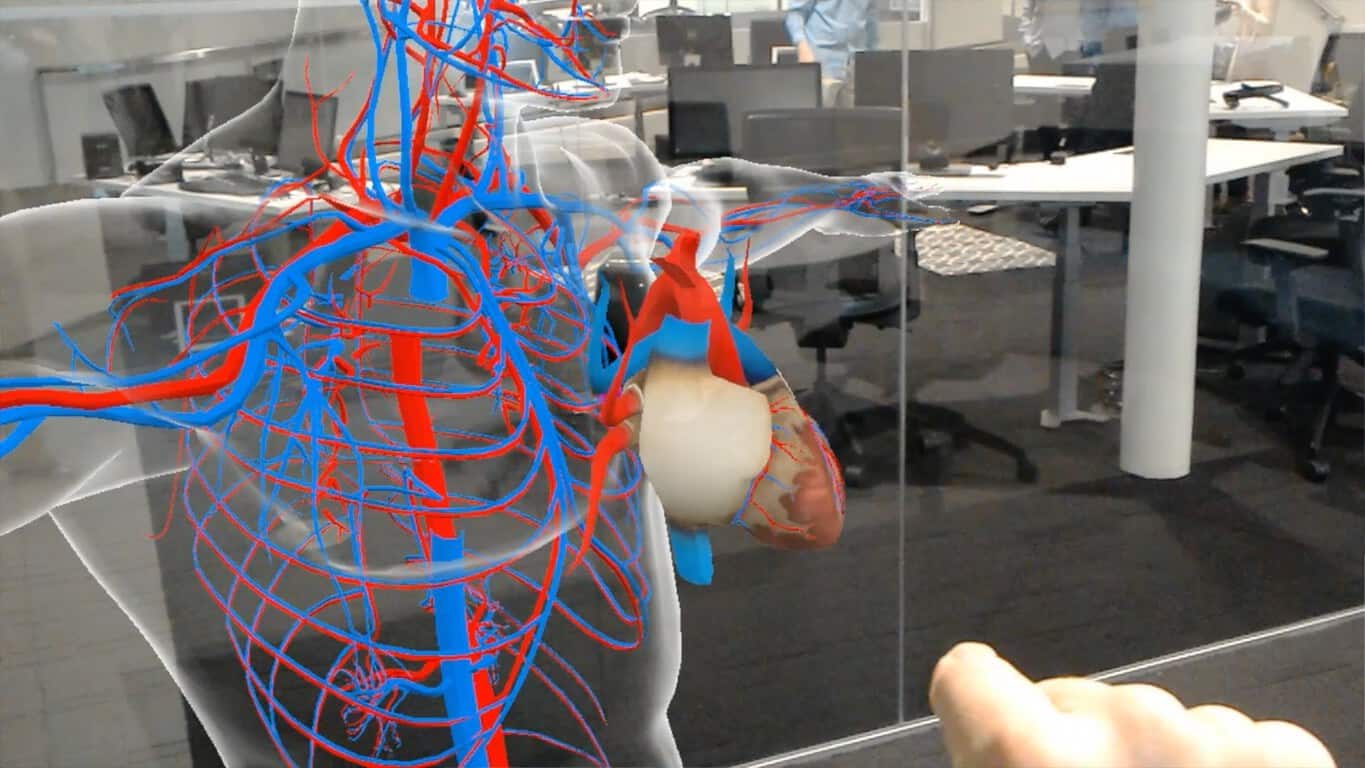 A month and a half ago, the Jackson Hole Science Media Awards decided on their finalists. In the Immersive category for virtual and augmented reality, we saw the HoloAnatomy app stand side by side with two competitors for the final awards. Now the winners of the Jackson Hole Science Media Awards were announced yesterday with the augmented reality coming out on top.

The educational app has come a long way since it started development in 2014 before the HoloLens was even public. The app was developed as a collaboration between Case Western Reserve and Cleveland Clinic.

HoloAnatomy allows viewers to view and explore third-dimensional body parts through the use of HoloLens. You don't even need to be in the same location to take part as long as you have access to the device and the app from the store.

It seems that the last two years of development and demonstrations has paid off. It is now the first third-party app for the HoloLens Store. Not only that, it is now the crowned winner of the international Jackson Hole Science Media Awards for virtual reality and augmented reality.

The competition was a fierce one this year. Against the odds of 500 original nominations across 25 categories, the event held yesterday at Harvard Art Museum crowned HoloAnatomy the winner against two other finalists.

The win is a testament to Microsoft's HoloLens technology as well, beating virtual reality programs from Google and Sir David Attenborough, the English naturalist that presented a virtual tour of Australia's Great Barrier Reef.

What's next for HoloAnatomy? According to the coverage by Case Western Reserve University, the team will begin working on creating full holographic anatomy curriculum. The new way to teach students has already been proven more efficient for those that have taken traditional anatomy classes. The goal is to have the curriculum ready for Case's new campus which will be opening in 2019.

Microsoft Flow gets some additional updates for September 2016