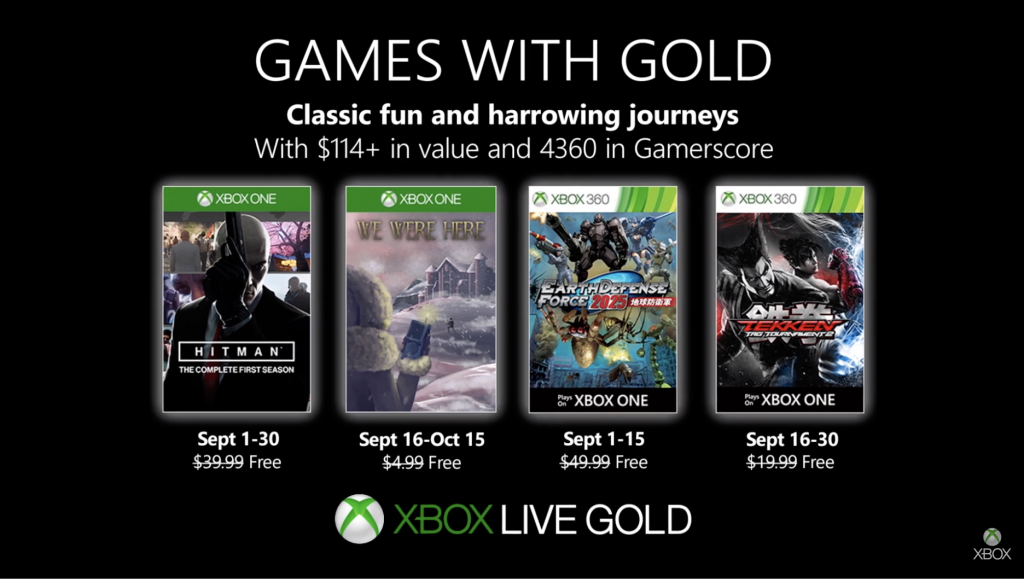 As August is coming to a close, the Xbox team has just announced the new Games with Gold titles for September 2019. Hitman: The Complete First Season is the headliner and will be available on Xbox One starting September 1, along with the Xbox 360 title Earth Defence Force 2025. Hitman the first title in the stealth video game series to be released in a episodic format back in 2016, and this first season received pretty good reviews.

Starting September 16, Xbox Live Gold members will also be able to grab the Xbox One puzzler We Were Here, as well as the Xbox 360 fighting game Tekken Tag Tournament 2 for free. Overall, these four games represent $114 in value and 4360 in Gamerscore.

If you haven’t done it yet, we remind you that you have until tomorrow, August 30 to grab Gears of War 4 and Castlevania: Lords of Shadow for free with your Xbox Live Gold or Xbox Game Pass Ultimtate subscription.