Highly anticipated FIFA 16 now available for pre-load on PC via Origin - OnMSFT.com Skip to content
We're hedging our bets! You can now follow OnMSFT.com on Mastadon or Tumblr! 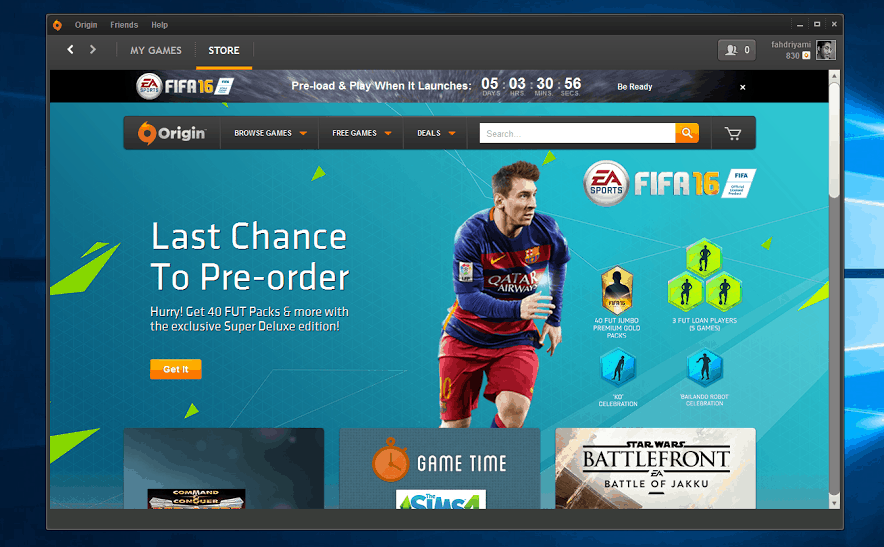 Much to the excitement to PC fans of EA's FIFA series, FIFA 16 is right around the corner. This new addition into the annual soccer franchise promises to add several new features, including FIFA trainer, which will help new and experienced players alike improve their game with optional on-screen graphics that inform them of some of the better possible plays. It also adds in new tackling mechanics and dynamic crossing, making your game that much more precise.
FIFA 16 is now available for anybody who has pre-ordered on PC to pre-load, downloading the game so that it's ready to play as soon as the clock strikes midnight. The game launches on Tuesday the 22nd, so anybody who was on the fence about it should make their final decision now about whether or not they want to buy in. Thankfully, since Origin allows you to pre-load games this far in advance, even folks who have slower internet connections will be able to play the game as soon as it's out.
Those of you on Xbox One, if you have an EA Access subscription, you can play the full version of FIFA 16 right now, albeit only for 10 hours.