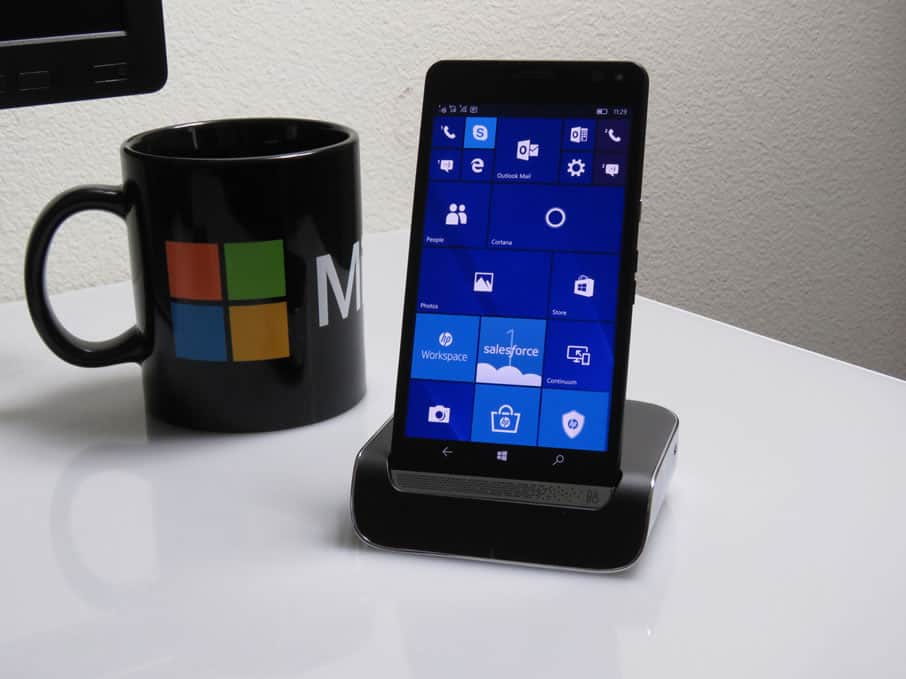 At the 2016 Mobile World Congress in Spain, HP unveiled the Elite X3 Windows 10 device featuring a Snapdragon 820 processor, close to 6-inch display with 2560x1440 resolution, 4GB of RAM, 64GB of eMMC storage, and a 16MP f/2.0 FHD rear-facing camera. The HP Elite X3 is a full-fledged Windows 10 PC that just so happens to have the ability to be used as a phone as well.

The Elite X3 is the first example of an entirely new category of device that HP along with Microsoft and Qualcomm has called the 3-in-1. While today’s 2-in-1 devices can transform from tablets into notebooks, the 3-in-1 adds in the smartphone form factor with its all-day battery life and high-performance communications capabilities. When plugged into HP’s app virtualization backend, the Elite X3 becomes the first device that’s been consciously engineered to function as a smartphone, a notebook (via the HP Lap Dock), and a real PC thanks to app virtualization technology that allows businesses to run their Win32 apps via Windows 10 Mobile Continuum.

But the question, however, still remains. If this device is such a big deal for the company, why did HP select Windows 10 as the operating system rather than a more popular operating system like Android? According to what HP tells OnMSFT, the company selected Windows 10 over Android because Microsoft's offering isn't prone to security risks like Android is, which comes as no surprise.

The popular the operating system the more susceptible it will be to security issues. According to security firm Kaspersky, back in 2013 and 2014, one out of five Android devices were attacked by malware at least once during that period. Threats can be divided into different categories like web-based and app-based. Throughout 2012, 99% of all mobile malware detected by Kaspersky Lab was designed to target the Android platform.

With such a large operating system market share, this should come as no surprise. This fact, coupled with the open nature of Android, the ease with which apps can be created, and the wide variety of unofficial app markets are the root cause of these security risks. HP wanted to avoid all this and stick to an ecosystem that focuses on security.

Other key features of Windows 10, including the Universal Windows Platform, Continuum, legacy app virtualization, and compatibility with existing infrastructure is what attracted HP towards Microsoft's operating system. All the apps HP finds beneficial for productivity are already on Windows 10, in one form or shape -- so apps are not an issue. With 400 million active devices around the world running Windows 10 (stats according to HP), it was a no-brainer to them when it came down to selecting which operating system to use on the HP Elite X3.

HP's new 3-in-1 category is promising as PCs are great for productivity but most are not portable enough, while smartphones and tablets are good for content consumption but are not powerful enough for work. HP hopes to bridge the gap and offer one device that meets everyone's needs.

Stay tuned for our in-depth hands-on review of the HP Elite X3.