Microsoft’s new chat platform Teams has become a development priority for the company as it continues to battle against incumbent collaborative tools such as Slack and Trello and in the process, customers are seeing a whole lot of features introduced in a relatively short time span.

Fortunately, Microsoft sums up their features and fixes the development roadmap in monthly blog posts highlighting changes in 30-day increments.

Here are some of the changes that are coming to the Teams platform in the month of February.

First up is the introduction of Microsoft Teams Rooms. It was previously reported that Microsoft had a new conference room experience it was building into the Teams platform that would make hosting a conference call or meeting, much more convenient.

Teams-Only Mode will also are rolling out to customers in February, transitioning from Skype Business and allows a similar level of customization and privilege rights for admins when issuing communication tools for the office.

An additional feature for Admins is being baked into Teams that will embolden IT professionals to created business-tailored workspaces when Teams is deployed and scaled. Teams will also be providing a new analytics and reporting experience that should help admins collect useful insights into how the tool is being used in real-time. 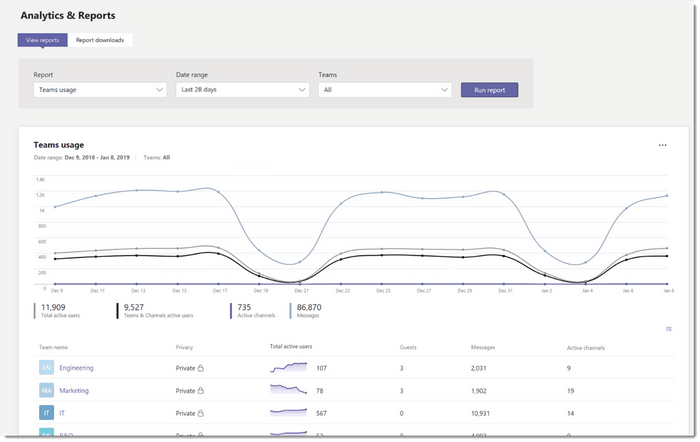 Another IT-minded add for the month of February comes in the form of Teams Templates, which should help with speedy deployment as admins can pre-define a channel, install apps, pin tabs and more.

To get things started, Microsoft is already pre-loading some industry-based templates that include fields of Education, Retail and Healthcare. The new Team Templates work best when combined with usage date leveraging a new REST endpoint in the Microsoft Graph API according to product marketing manager for Microsoft Teams.

Other features and improvements for February include Shifts functionality for Firstline works that helps simplify the process of planning and creating schedules by continually gathering data from opt-in location sharing, recording, and sharing of audio messages and camera utilization. 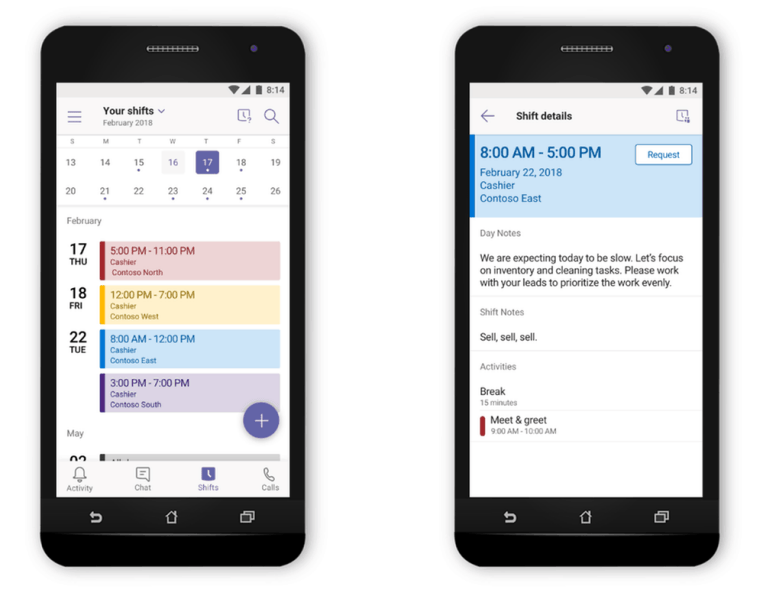 For those who require a bit more automation, Microsoft is also updating the Bot and 3rd party customization and integration with a preview release of .NET Teams Bot Builderv4 SDK.

Last but not least is the additional support for the machine learning resources of Kama, real-time collaborative tool MindMeister, development notification tool Connector for Jira Server and an all-new Atlassia’t confluence cloud experience.

Teams is quickly replacing Skype in the workplace for some businesses and with the pace of development and features release, it may quickly replace Skype in Windows 10 integration as the go-to communication service and tool.

Want to stay on Windows 7 past next year with extended support? Here’s what it will cost