Microsoft has made numerous changes over the course of the month to improve the overall experience of the applications if Microsoft 365 in addition to the experience as a whole. This month’s improvements include those for Microsoft Excel, Powerpoint, OneNote, Yammer, and Outlook for both mobile and the web.

In Excel, Microsoft introduced XLOOKUP, which succeeds the VLOOKUP function for looking up and retrieving information for spreadsheets. Previously, VLOOKUP required sorted data, was unable to discover results on left columns, and always took wildcards by default. XLOOKUP addresses these limitations as well as takes advantage of changes from the backend to overall increase calculation speed. It’s available exclusively for Office Insiders for the time being, so hopefully it won’t be long before we all get it.

Users of PowerPoint on the web can now also take advantage of superscript, subscript, and letter case changing straight from their web browser. Previously, this functionality was exclusive to PowerPoint for desktop users, however now the feature is gradually rolling out to all web users. 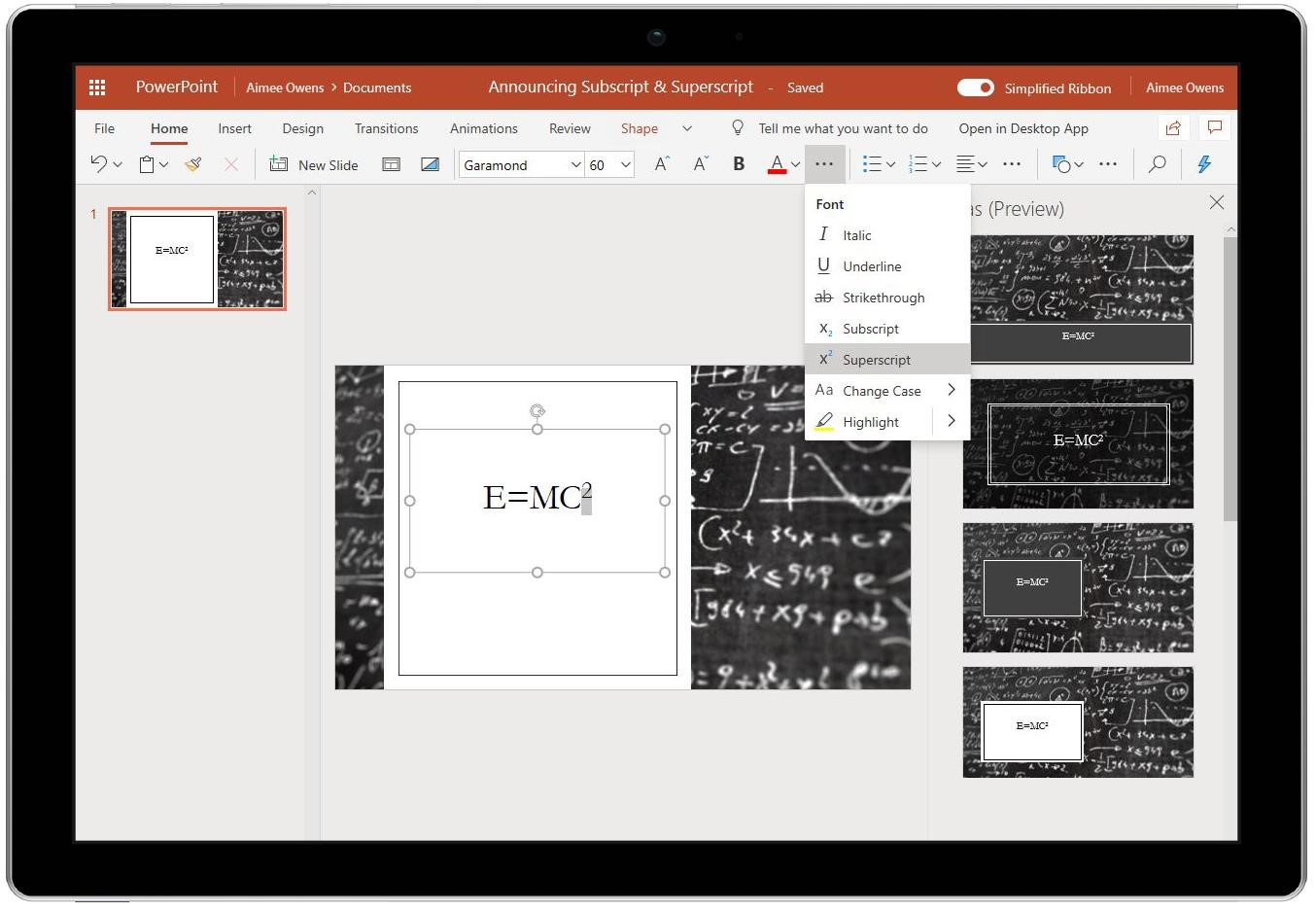 Word, Excel, and PowerPoint users will also soon be able to take advantage of Sketched Shapes, a feature that turns smooth drawings into seemingly hand-drawn sketches by introducing a slightly wobbly effect. Microsoft says this is perfect for indicating design drafts in presentations, but it can also just be used for artistic effect.

Those on iPad might also appreciate that they can now insert basic shapes, lines, and graphs into their notes in OneNote. Additionally, both iPad and Mac users can also take advantage of adding Outlook meeting details—including the subject, attendees, and time—straight into OneNote. And on iPhone, users can now annotate with ink straight from their phones using either their finger or a stylus.

Microsoft is also implementing dark mode in Outlook mobile for iOS and Android in addition to Office.com for desktop users. The company says that dark mode is not only extends battery life, but also allows them to more comfortably use their apps in much darker environments.

Microsoft has also brought and overhauled Yammer experience to Android and iOS users, introducing a new feed and conversation UI, live events, as well as Seen Counts for checking how many co-workers looked at your post. The app also introduces enhanced notification encryption and in-geo data storage in Europe for increased security. 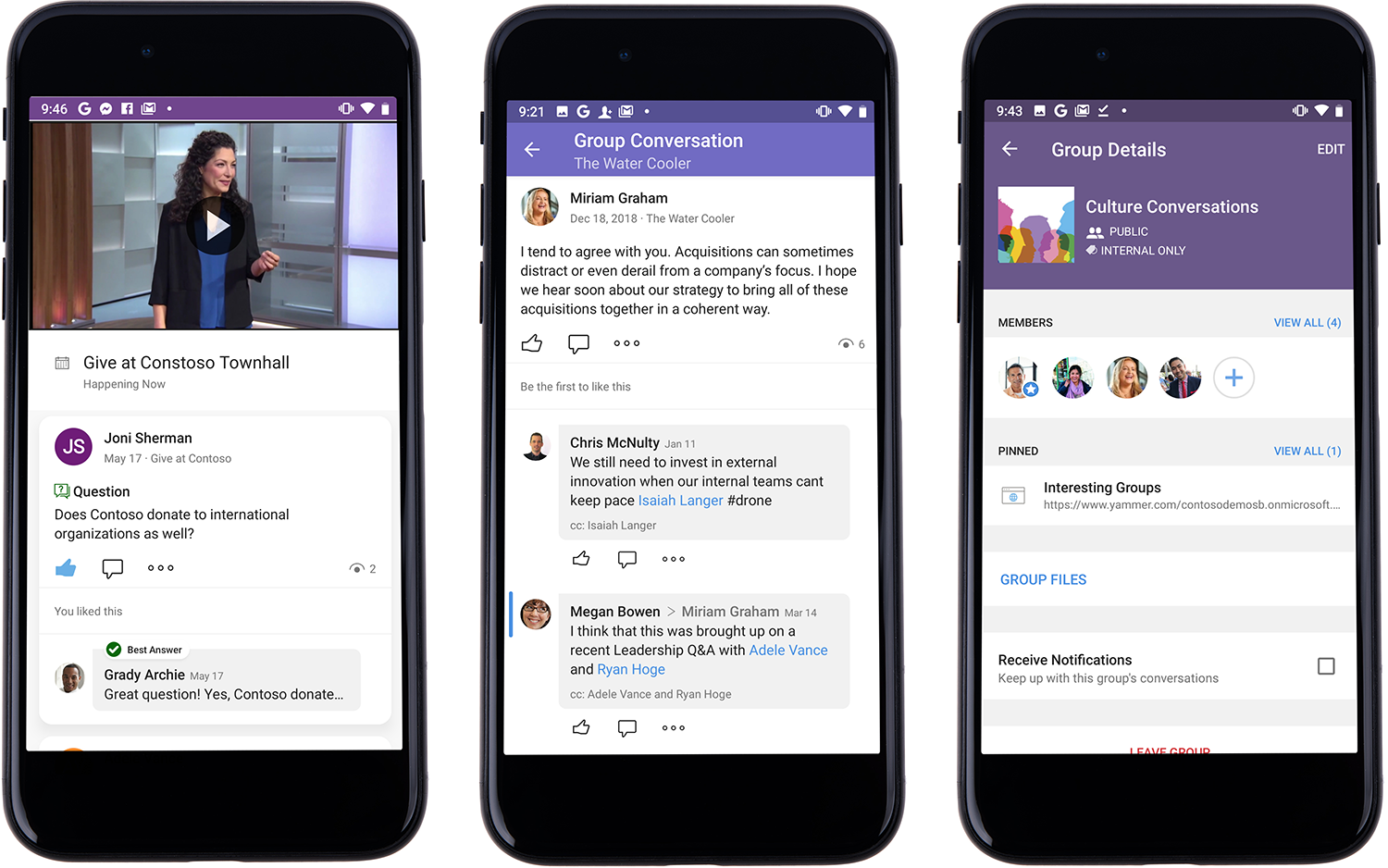 Lastly, Microsoft also introduced their new FastTrack deployment guidance, which helps users move from Windows 7 with Office 2010 to Windows 10 Enterprise with Office 365 ProPlus. The company says that all commercial businesses can take advantage of it, and they offer a mechanics video for those eager to learn more.

Which new change do you find the most useful? Feel free to leave a shout in the comments area below.

Microsoft starts rolling out Dark Mode on Outlook for iOS and Android and Office.com