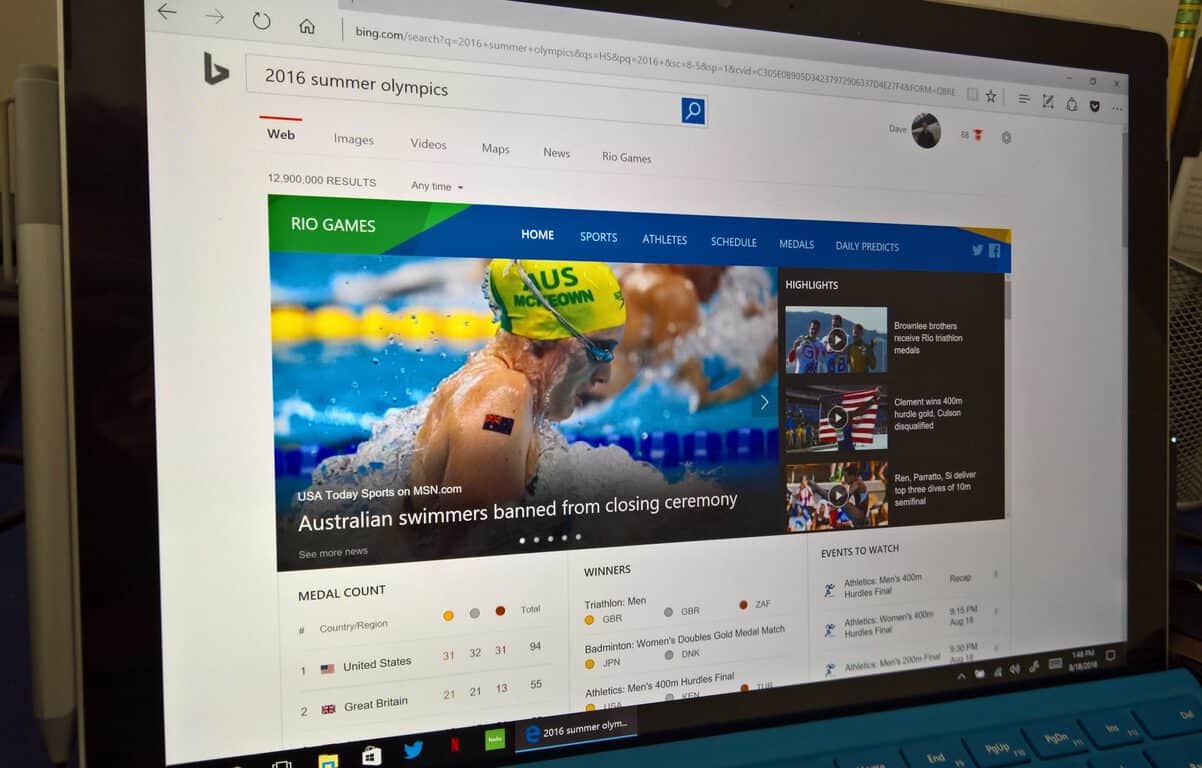 Bing has had an amazing two weeks at the 2016 Olympic Summer Games in Rio de Janeiro, Brazil. With thousands of athletes representing their countries in Olympic events for a chance at a medal, Bing has enjoyed ample opportunity to use its prediction technology to help people find out what the ‘Events to Watch’ are every day.

Bing has improved its predictive technology to provide users with the most comprehensive, relevant, and up-to-the-minute information on all your questions about the 2016 Olympic Summer Games. Bing also provides facts and information about Summer Games from Olympic history. Recently, Bing has improved upon its question-answering algorithms to provide the best user experience possible. Along with the help of Cortana, Bing makes learning about the Olympics fun and entertaining.

Here’s a look at the top ten most popular questions asked on Bing (so far) since the start of the 2016 Games.

The Bing team built a highly capable “query-intent understanding pipeline.” For example, when a user types a question about the Olympics, Bing classifies it first as an Olympic question. From there, Bing has to perform two tasks when analyzing the question (or query):

Once Bing identifies all the required information, Bing sends send the parsed query from the “query-intent understanding pipeline” to the “answer fetching pipeline.” Bing’s answers are based on real-time data feeds from the 2016 Olympic Summer Games in Rio, through Bing’s own knowledge base, or from web-crawled documents based on the query intent. Sometimes, Bing can produce multiple answers to the query that might be relevant to the content available.

The 2016 Olympic Summer Games will come to a close on August 21, 2016. Bing will have even more Olympic facts, statistics, and information to share about everything that was searched, asked, and answered on Bing.