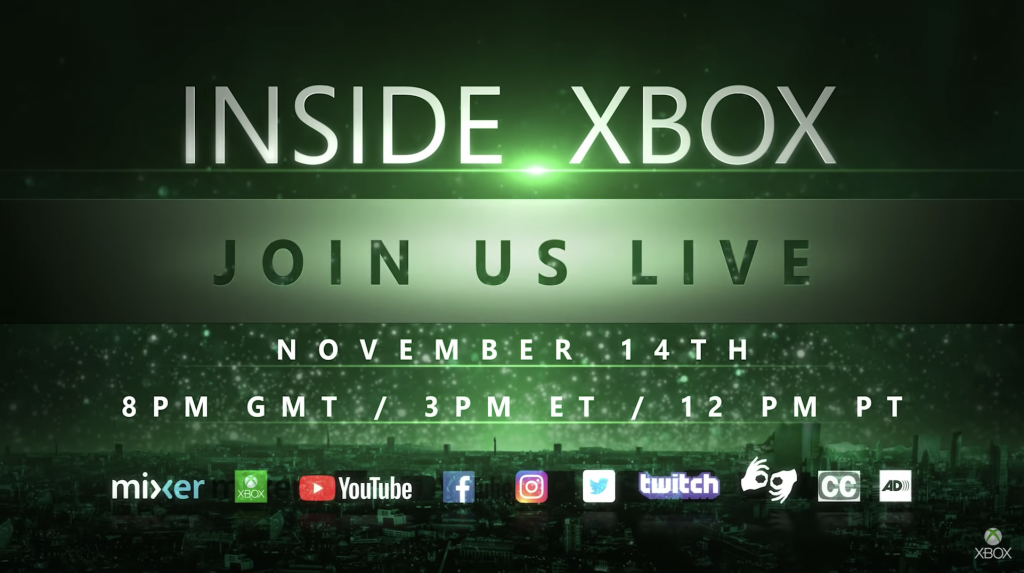 As Microsoft is getting ready to kick off its X019 event in London tomorrow, you may not want to miss the upcoming Inside Xbox Live stream at 12PM PT tomorrow. Microsoft teased on Twitter that tomorrow’s live stream will be "our biggest episode ever,”and there’s a custom Twitter events page for following all the X019 action.

When we say our #X019 Inside Xbox is our biggest episode ever, we mean Biggest. Episode. Ever.

Once again, Microsoft will also offer free “MixPot” digital rewards to those of you who will watch Inside Xbox on Mixer tomorrow. This time, you’ll be able to earn an Obsidian Wheel for Sea of Thieves, a $5 X019 promotional pack for the Gears Pop! Mobile game, as well as a chance to win one year of Xbox Game Pass Ultimate.

We’re bringing you an exclusive MixPot fit for our biggest #InsideXbox ever!

Microsoft already revealed that this upcoming Inside Xbox episode will bring news from over 10 Xbox Game Studios titles, new game reveals, big news about Xbox Game Pass and Project xCloud, and much more. We’ll be covering the event live on Thursday, so stay tuned to OnMSFT for everything related to X019.

Forget Pokemon and Jedi, the Bee Simulator video game is now live on Xbox One consoles

Holiday Shopping Guide: Best laptops to buy for the holidays