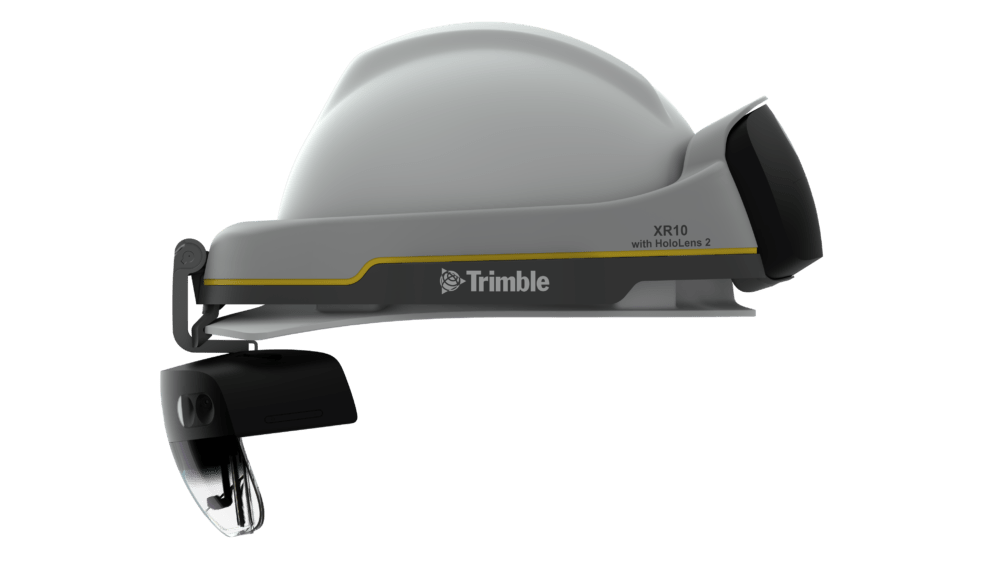 Microsoft officially unveiled HoloLens 2 at its MWC press event earlier this week, and the new version of the mixed reality headset will once again target enterprise users. As a matter of fact, the Redmond giant also annnounced the new HoloLens Customization Program, which allow companies to personalize the headset according to their specific needs.

Trimble, an industrial equipment supplier mostly known for its GPS technology, has already announced the Trimble XR10 with HoloLens 2. This is a new hard hat solution designed for field workers operating in safety-controlled environments. Trimble previously launched last year a hard hat Solution for the first-gen HoloLens, as well as a homemade mixed reality app called Trimble Connect for HoloLens.

The new Trimble XR10 with HoloLens 2 will still leverage Trimble Connect to allow frontline workers to interact with complex 3D data on site, while also bringing a new flip visor, a wider field of view and improved usability. “The full solution provides even greater accessibility to 3D models by front-line workers. Field-oriented workflows enable broad adoption of mixed-reality for jobsite activities to improve efficiency, productivity and quality of work,” the company said in a press release. "Continued development of the cloud-based collaboration platform, Trimble Connect for HoloLens, is enabling workers in the field to get more value from constructible 3D models and transform daily work such as assembly and inspections."

If HoloLens 2 will be priced at $3,500 for companies, the Trimble XR10 with HoloLens 2 will be slightly more expensive at $4,750. The new hard hat is not available to pre-order yet, but you can sign up to get more information about it on this page.