Here’s how Microsoft’s products are used by National Geographic 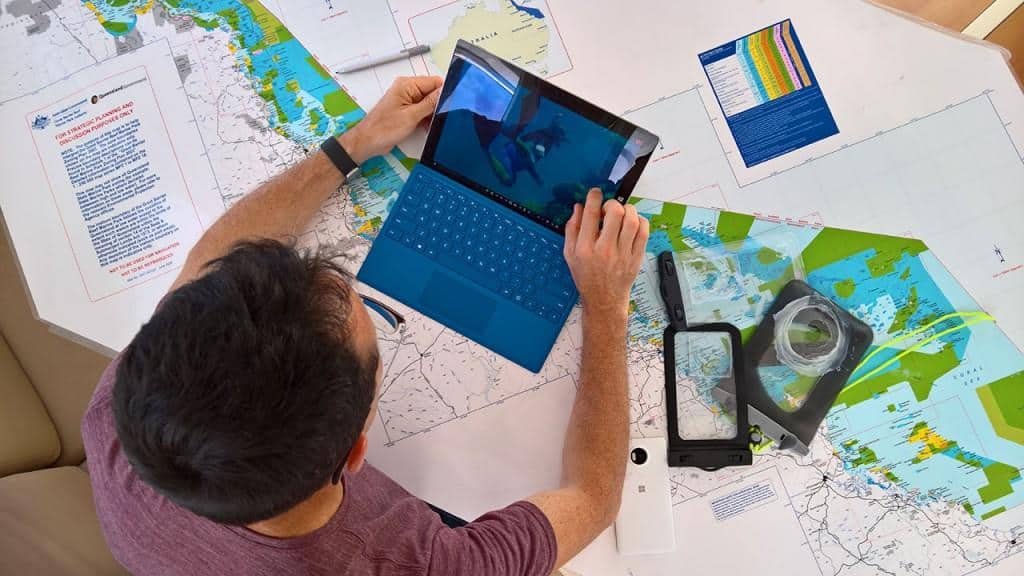 National Geographic photographers are quite fond of what the Lumia devices have to offer, especially when it comes to the photographic capabilities. Last month, National Geographic photographer and Microsoft Devices Ambassador Stephen Alvarez took the Lumia 950 and Lumia 950 XL for dive to photograph the Great Barrier Reef in Australia. Alvarez used a whole bunch of Microsoft devices, including the Surface Pro 3, Microsoft Band, Lumia 950, Lumia 950 XL and some other Microsoft products to help him on his adventure. “The preparation for any assignment is huge, and this prep was gargantuan,” Alvarez said.

The research about the Great Barrier Reef was mostly done on Microsoft Edge and Bing on his Surface Pro 3. Bing Image search was used to research for the localities he wants to visit, and annotations were added to images using OneNote, and described himself as a OneNote addict writing about his experiences every day using his Surface Pro 3 and Surface Pen.

“I journal constantly in OneNote,” Stephen told us. “I use it like I used to use a Moleskin notebook. What I’ll do is post a photo in OneNote and then write about it.”

The Surface Pro 3 was also used to schedule what he’s going to do throughout the day, the locations he’ll be shooting and more. Then, he would travel to the locations either by car, boat or helicopter.

Although, majority of photographers carry around heavy equipment and cases to take stunning images, but the case with Alvarez was different. He was only carrying the Lumia 950 and Lumia 950 for this task, and would end up capturing 1000 photos by the end of the day — that’s 10,000 photos for his entire 10-day trip.

At the end of the day, Alvarez transfers the images from 64GB SD card to his Surface Pro 3 for processing. Out of those 10,000 photos, he’ll select around 35 best photos for the task. He also shared some tips last month on how to use these two devices to capture stunning images.

“The Lumia 950 is one of the best cameras Microsoft has ever produced. The algorithms are so sophisticated they create fantastic images. And the camera interface is one of the best I’ve ever seen—not just for a phone, but for any camera.”

Last but not the least, the Microsoft Band was used to wake him up and track several health-related metrics such as steps taken during his hiking trips.