Here’s how Microsoft collects motion data to improve its mixed-reality products - OnMSFT.com Skip to content
We're hedging our bets! You can now follow OnMSFT.com on Mastadon or Tumblr! 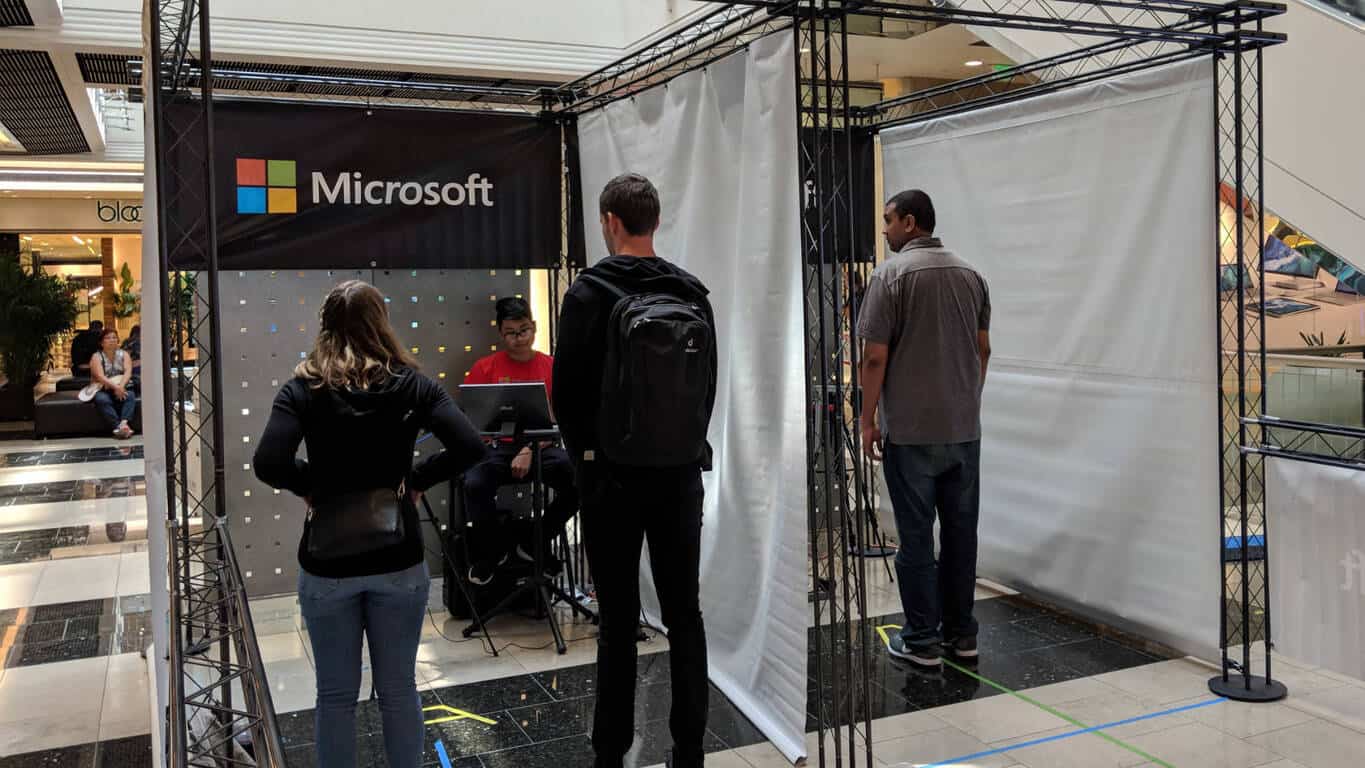 Microsoft needs to collect a lot of data and information relating to diverse physical characteristics to improve its products and services, especially in the mixed reality ecosystem.

I came across a booth that the company had set up outside the Microsoft Store in San Francisco looking for volunteers for its research and data collection efforts.

The booth had some equipment set up to map motion data. The Microsoft folks at the kiosk were urging shoppers and visitors at the mall to give their five minutes in exchange for a gift card good for Chipotle or Jamba Juice or something.

The sign up did not require any personal information – except name and signature on the participation form granting Microsoft the right to user our data, name, likeness, image, voice, et al for the development of its products and services. Although, not all of them were recorded in this exercise and it was more of an overarching participation document.

When one was ready for the activity, the person recording the data also asked for age (although it wasn’t mandatory) and I’m assuming he also noted the gender without asking explicitly.

To allow them to record the user data, one had to stand at a marked position and move left and right which was captured by 3D camera equipment set up. And also smile and frown to probably catch facial expressions. The exercise was repeated from three marked positions farther away from each other, and that’s that.

The combined user data of thousands of individuals via this and similar activities help Microsoft in its mixed reality as well as NUI (natural user interface) efforts.