Here's how many resources Microsoft Edge's Sleeping tabs feature have saved the world - OnMSFT.com Skip to content
We're hedging our bets! You can now follow OnMSFT.com on Mastadon or Tumblr! 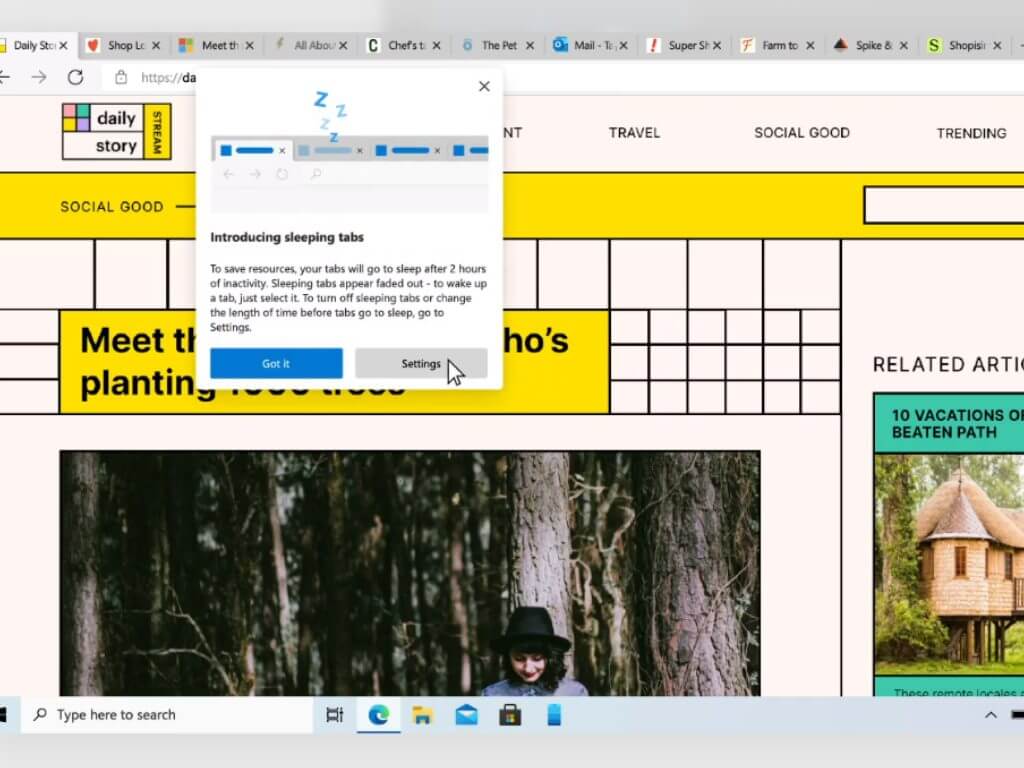 Microsoft is yet again flexing its telemetry muscles with a recent post on Twitter breaking down how its new Sleeping Tabs feature for its Edge browser has quantifiably saved users' resources.

Yesterday, the Microsoft Edge Dev Twitter account posted that the Sleep Tabs feature in the Edge browser has put over 6 billion tabs to sleep over the last 28 days, translating to over 273.7 Petabytes of RAM, or 391 megabytes per tab.

Use sleeping tabs to save resources? You aren’t alone! Over the past 28 days on Windows devices, we slept 6 billion tabs resulting in a savings of 273.7 Petabytes of RAM. That’s roughly 39.1 megabytes saved per tab. 😲 pic.twitter.com/hgTcpcMwvh

Microsoft introduced Sleeping Tabs to the Microsoft Edge beta channel back in late 2020 with its mission statement as follows, "to create a browser that keeps up with you and never slows you down."

From 2020, Sleeping Tabs has been rolled out to all versions of the Edge release cycle and appears to be working as intended.

The default nature of Sleeping Tabs for Microsoft Edge is to put opened tabs in the browser to sleep after two hours when they've become stagnant unused. Microsoft's Edge team also has built-in customization tools for the new feature that include allowing the users to set the length of time before the system beings putting tabs to sleep.

Microsoft's Edge team recently added some granularity to the Sleeping Tabs feature with update 102.1245.33 rolled out to introduce a new view to check the amount of RAM being saved in real-time.

Microsoft Whiteboard is getting a Bing Image search function