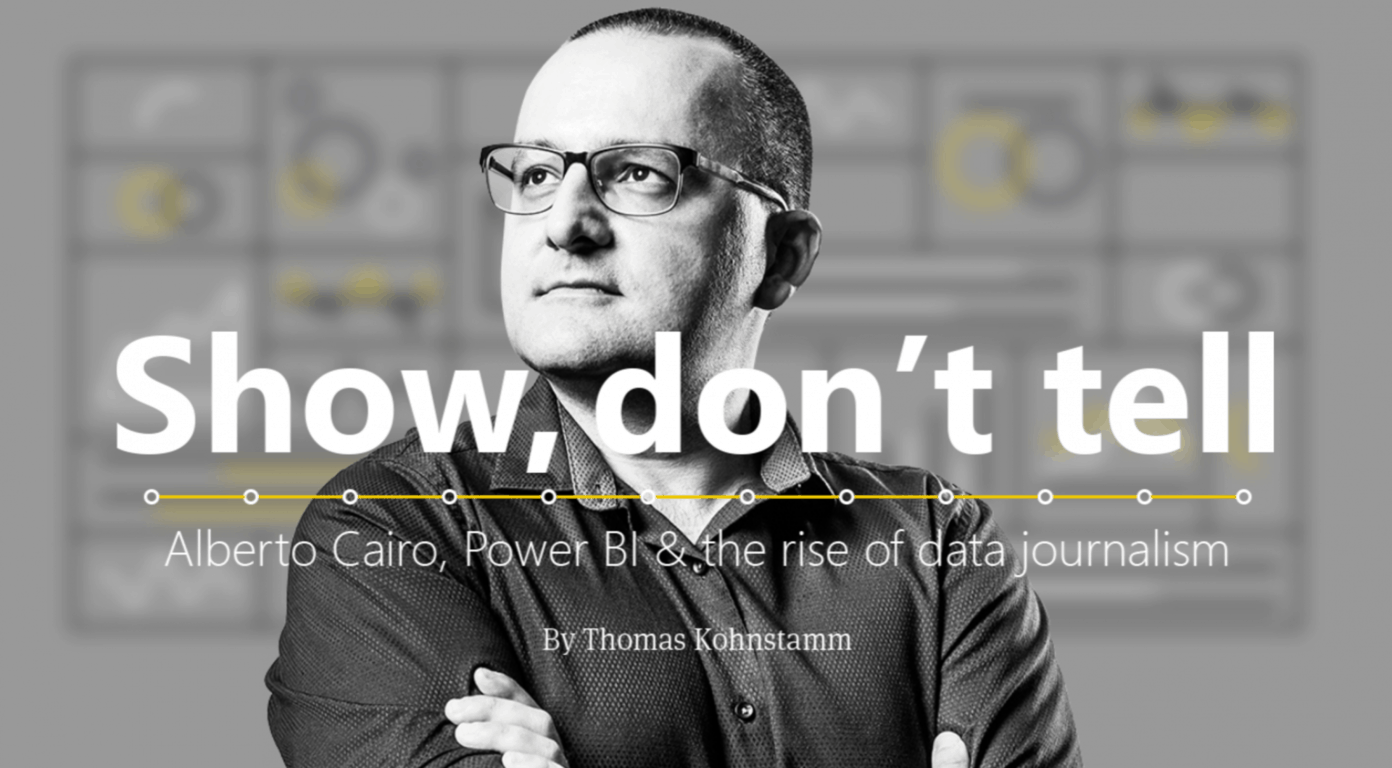 Workers are constantly being bombarded by data. Figures are coming at us from all angles at every hour of the day, formatted through text, audio, visuals, and just about any other way that information gets to us. Microsoft’s latest piece on its news site talks a bit about how journalists and other media figures have been visualizing news to better convey the state of the world around them. The piece is written by Thomas Kohnstamm, Senior Writer and Producer at Microsoft Story Labs.

The written is seen as less credible whereas charts are usually not questioned. The presence of numbers is believed to be more science-y,” said Cairo, “but we must remember that numbers can be as subjective as text.

The piece is, aptly, made very visual. Instead of scrolling through it much like you would scroll through more traditional articles, you’re being constantly met with pictures, charts, a consistent yellow/black color scheme, and plenty of other visual goodies to keep you engaged. The article does a great job of showcasing exactly why visualizing data has become such a big deal to people who need to work with data or news, and is a must-read for anyone who’s particularly interested in the way that people in the media are going about creating their content.

This isn’t just a piece on visualization, although that’s definitely its center – this all ties into Power BI, Microsoft’s program that, funnily enough, is all about visualizing data. While this whole thing may just be another way to sell Power BI, it’s still a pretty nice look into the history of media that ties well into a program that’s pretty relevant to the art of visual data.