Here's how developers can use the Surface Dial for a new "input paradigm" in Windows 10 - OnMSFT.com Skip to content
We're hedging our bets! You can now follow OnMSFT.com on Mastadon or Tumblr! 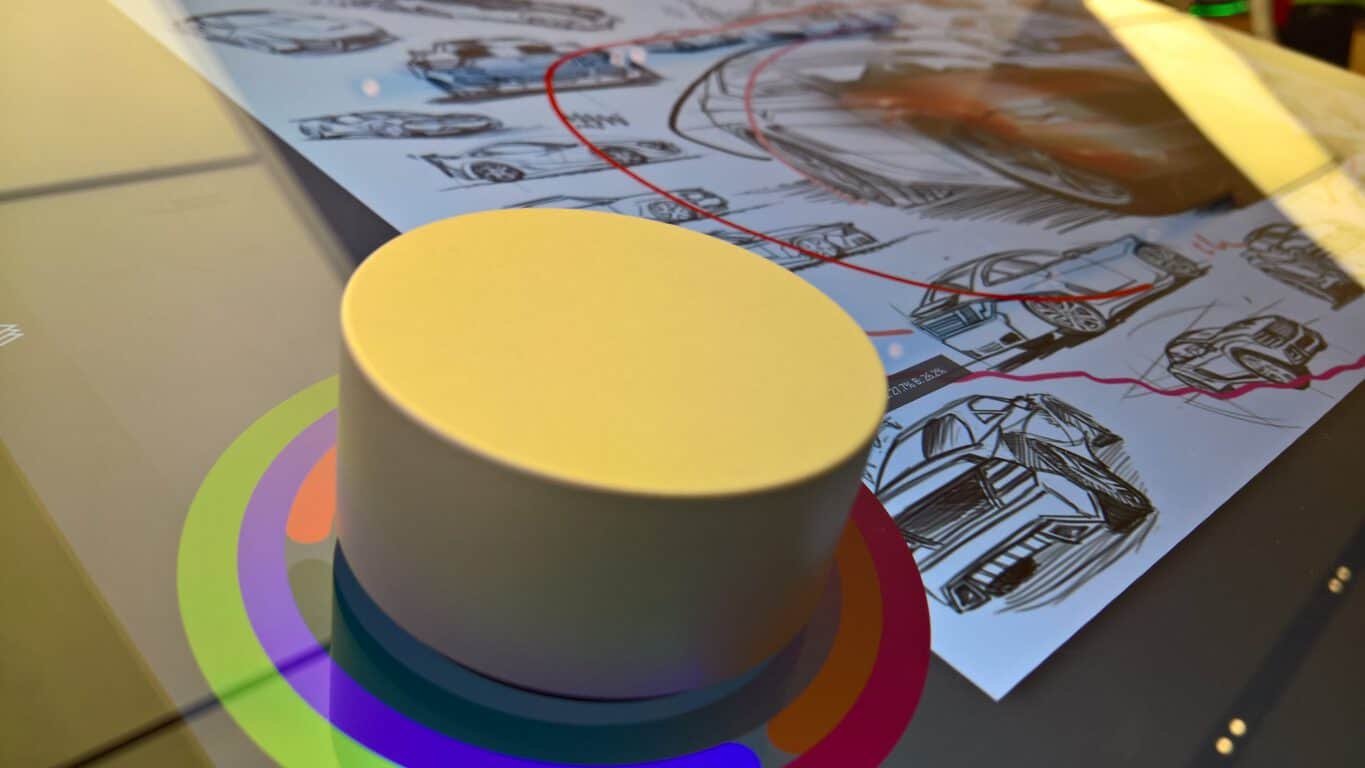 Once Microsoft and Apple introduced their vision for the future of computing with the release of the Surface Studio and the MacBook Pro, journalist, industry pundits and YouTube reviewers were quick to make comparisons and point out the similarities between the two approaches.

While it's relatively unfair to compare a portable notebook to an all-in-one desktop machine, both the Surface Studio and the MacBook Pro are attempting to augment a user's workflow with new techniques. Apple introduced the touch bar as a way to add more functionality to the traditional functions key row, and Microsoft launched its Surface Dial which combines the use of a mouse and tabbed menu experience in Windows 10.

Both approaches are relatively new and dependent on developer support, and for Microsoft's part, the company is attempting to educate developers on how best to incorporate the Surface Dial into their app, program and service utility.

The first and simplest way to add value with Surface Dial is to use Windows inbox components that come with the Surface Dial integration built-in. For developers who leverage the Windows Ink platform to give their users the power to write, draw, and create with their pen, the InkCanvas and InkToolbar XAML controls populate the Surface Dial’s menu with new tools, allowing users to quickly modify the attributes of their ink, change the thickness of their ink as they write and control the on-screen ruler. This gives you the same great Surface Dial integration available in the Sketchpad and Screen Sketch apps in the Windows Ink Workspace.

For media players, integrating with the SystemMediaTransportControls will give the same ability to pause, play and skip tracks with the Dial as Groove Music and Spotify.

In a piece posted to the Windows Dev blog, Connor Weis the program manager of Microsoft's Interaction Platform lays out further steps in how to incorporate the Surface Dial.

Using the Surface Dial’s on-screen position, you can build beautiful UI which centers around the Dial and gives the user richer information about the interactions that they can drive with the Dial. This allows the user to just focus on the control and placement of their hands and not have to worry about other additional menus or controls. As an example of this, take a look at the rich color palette developed by the engineers at Sketchable, or the quick insert menu developed by StaffPad which allows users to quickly add common musical notation markups.

Going one step further, you also can get context for the intent of the user’s interaction from the on-screen position which can help make your custom tools more compelling. You can see this in the way the Surface Dial guides and drives the on-screen ruler in the Windows Ink Workspace’s Sketchpad, and the engineers at Bluebeam and Drawboard take this same approach with their respective Split Zoom and Ruler features.

Aside from some of the high-level design conversations regarding the Surface Studio, Weis also includes plenty of coding examples and walkthroughs for interested developers. As Weis reiterates, "Surface Dial and the RadialController platform is a new area of investment for Microsoft, and one of the keys to improving the platform and making it more flexible and powerful is getting feedback from our great community of developers!"

Developers should expect to hear more from Microsoft and its OEM partners on the Surface Dial and similar partner created peripherals in the coming months.

Microsoft highlights how Office 365 is more accessible than ever