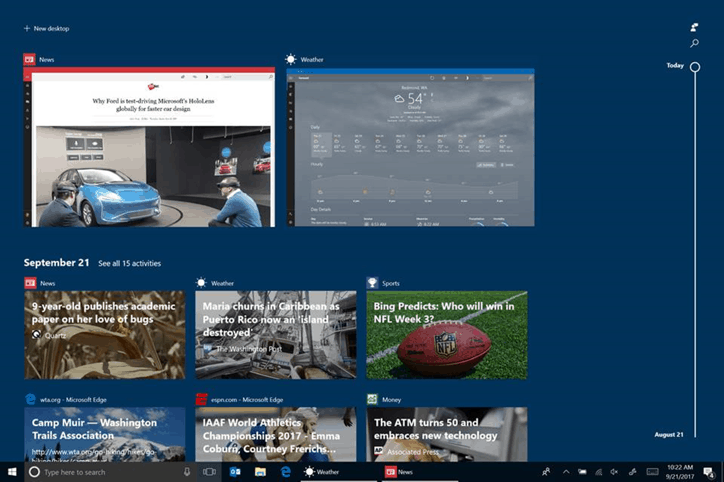 Starting with Windows Insider Preview build 17056 and higher, developers can use User Activities to appear their apps in Timeline. If developers write User Activities into the Microsoft Graph, specific content within their apps can trigger a destination that is in Windows 10, and can be accessed using an Android or iOS device.

As noted by Microsoft, each User Activity that is implemented with an app can trigger a separate "Activity Session."

Once the latest Windows Insider Preview build is installed, developers can get started on adding UserActivities to their app. UserActivities are the unit of user engagement in Windows 10 and they consist of three important parts, an activation deep-link, visuals, and content metadata. Microsoft provides a comprehensive explanation of these parts here:

Microsoft further details other UserActivities capabilities that you can add to your app to work with Timeline and Cortana. Microsoft provides more capabilities with further reading and more advanced required code.