Here's a recap of the Xbox Games Showcase Extended stream - OnMSFT.com Skip to content
We're hedging our bets! You can now follow OnMSFT.com on Mastadon or Tumblr! 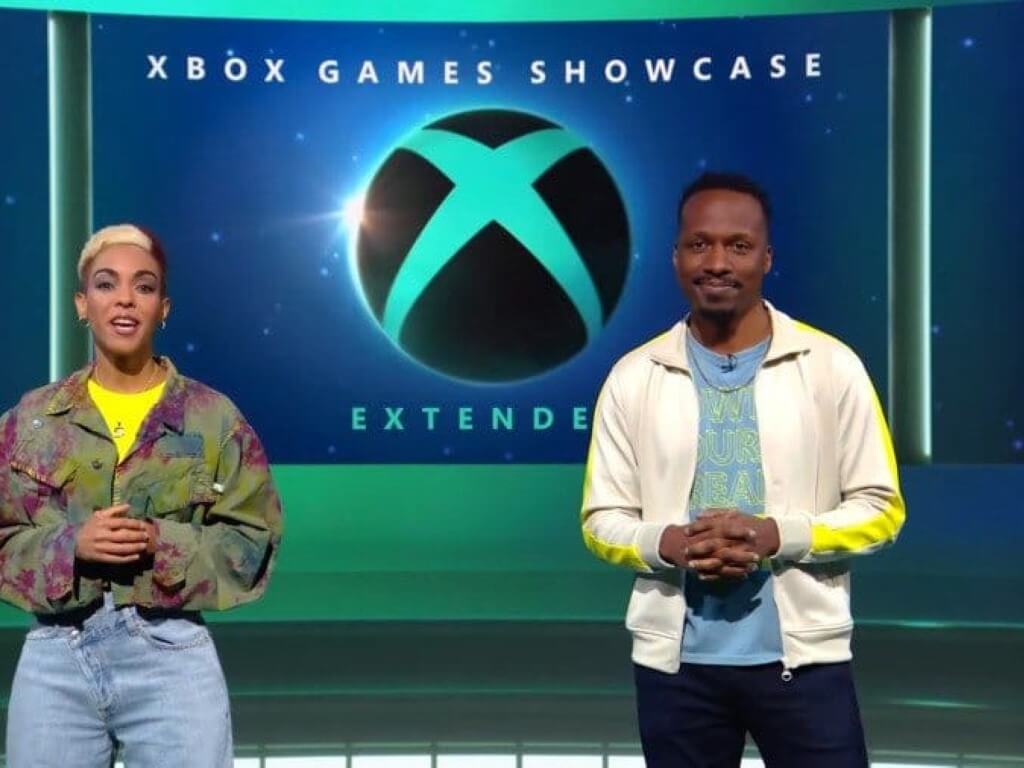 Tuesday's Xbox Games Showcase Extended, the follow-up to Sunday's Xbox & Bethesda Games Showcase, delivered a more in-depth look at many of the games featured on the Sunday stream, courtesy of the developers behind the games. Like the Sunday show, the extended showcase was around 95 minutes long, and also like the Sunday show it focused on games that we'll be playing in the next 12 months. We were also treated to a look at a few games that weren't featured on Sunday's stream. Here is a recap of the extended showcase.

The show started with an opening message from Xbox head Phil Spencer, followed by a trailer for Valheim announcing that the survival/sandbox game will come to Xbox and PC Game Pass in Spring of 2023.

Behind the Scenes: Naraka: Bladepoint

In this feature the creators of the online battle-royale action game Naraka: Bladepoint gave us a unique developer's perspective on the game to coincide with its June 23 launch and arrival on Game Pass.

The creators of the upcoming turn-based strategy game ARA: History Untold sat down to talk about their ambitious new project.

Behind the Scenes: Grounded

Get a look at this unique "backyard survival" game in this behind-the-scenes look, and get added insight from the developers themselves.

Behind the Scenes: Microsoft Flight Simulator

In this feature MSF head Jörg Neumann takes us on a tour of some of the planes coming to the game, courtesy of Smithsonian's National Air and Space Museum.

Behind the Scenes: High on Life

The developers at Squanch Games give us an overview of their upcoming game High on Life – wacky and colorful shooter with "A-level adult comedy" and a unique gameplay twist.

Based on the 1974 classic horror film of the same name, this upcoming "multiplayer horror game based on true events" will come to Game Pass when it releases sometime in 2023.

Behind the Scenes: Pentiment

"A narrative adventure most unexpected," Pentium will deliver a unique experience courtesy of Obsidian Games when it comes to Xbox and Game Pass in November 2022.

Behind the Scenes: As Dusk Falls

Get a look at this unique interactive narrative adventure from the creators themselves, and gain some insight as to what inspired them to create this multiplayer storytelling experience coming July 19.

The sequel to 2017's original first-person shooter/life simulator will be another day one Game Pass addition when it arrives sometime in the fall of this year. This official gameplay trailer was part of Tuesday's extended showcase.

Behind the Scenes: Hot Wheels coming to Forza

This behind-the-scenes feature takes a look at the first major expansion coming to Forza Horizon 5. Hint: it's Hot Wheels related.

Check out this teaser trailer for the newest Fall Guys crossover event from June 30—July 4.

Dennis Reis, Executive Producer at Mojang Studios, sat down to give us more info on the newly announced turn-based action game Minecraft Legends.

Before the final video feature of the event we were treated to a quick indie game showcase courtesy of [email protected]. A multitude of indie games were highlighted, including a brief but exciting clip of Hollow Knight: Silksong.

Corporate Vice President at Xbox Sarah Bond sat down for an interview in which she discussed Xbox's diversity efforts and gave advice for those aspiring game developers looking to break into the industry, among other topics.

The interview lead into the show's finale: a look at Stalker 2's Ukrainian developer GSC Game World. This extended finale consisted of a developer diary that gave a stark look at the development team's experience being based in the city of Kyiv. Suffice it to say, the show ended on a poignant note.

Overall, the two showcases have generally been positively received, and have left gamers with a good impression of what the next 12 months of Xbox gaming will look like. You can watch the showcase in its entirety here, and if you missed Sunday's showcase stream we have a recap of that as well.