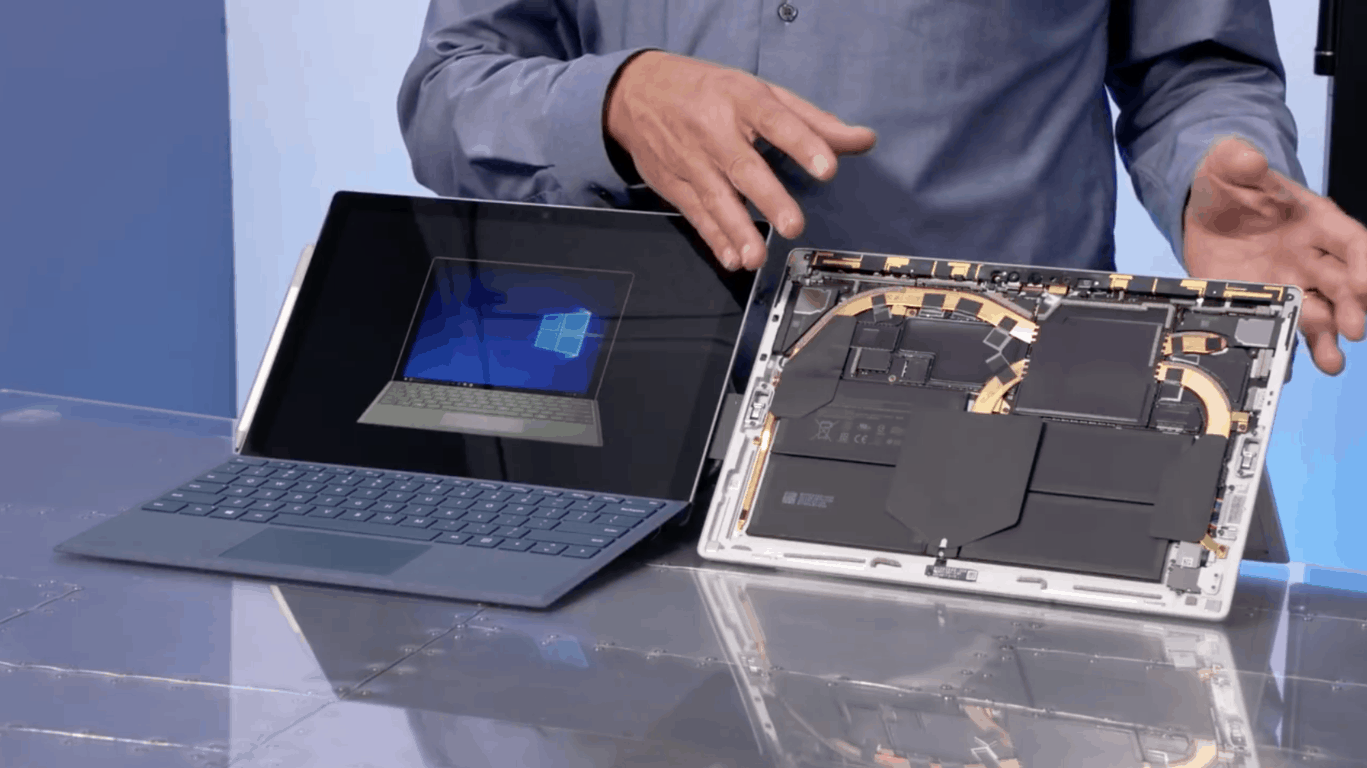 Microsoft unveiled yesterday its new Surface Pro with LTE Advanced, and we got the chance to go hands on with it at the company’s Future Decoded event in London. Since then, the company published a new video of Director of Surface Program Management Tim Golik giving an engineer’s tour of the always-connected tablet.

As we saw yesterday, the Surface Pro with LTE Advanced looks almost identical to the non-LTE version: the only differences are the absence of a grey plastic band on the top, and the addition of a nano-sim tray under the hinge, right next to the micro-SD port. Under the hood, the fanless design of the new Surface Pro allowed the engineering team to incorporate the new LTE advanced platform just where the cooling fan would have been.

Microsoft chose Qualcomm’s Snapdragon X16 LTE modem, which supports up to 450 Mbps speeds and 20 LTE bands globally. “The goal for the modem in the new Pro is to create a reference design that would be future-proofed against emerging network standards and able to keep up with the pace of new wireless services as they come to market,” explained Golik.

The Surface Pro LTE also features seven custom antennas without any tradeoffs to screen size or bezel. “The team was able to place these seven antennas in the smallest LTE tablets bezels on the market today without compromise to the size of the device or the display,” explained Golik. “Key to this accomplishment was the development of an industry-first process to join polycarbonate and magnesium into a single gapless and steeples fusion of materials.”

To connect to LTE networks, you can use either a nano-SIM card or the embedded SIM. If you prefer to do the latter, you can just go to the Windows Store and purchase the service you want from available service providers. The tablet lets you seamlessly switch from LTE to WiFi, and it supports Internet tethering as well.

The Surface Pro with LTE Advanced will start shipping to business customers this December, with prices starting at $1,149 for the base model with an Intel Core i5 processor, 4 GB of RAM and 128 GB of storage. The tablet should become available for consumers next year, though Microsoft didn't share an ETA yesterday.