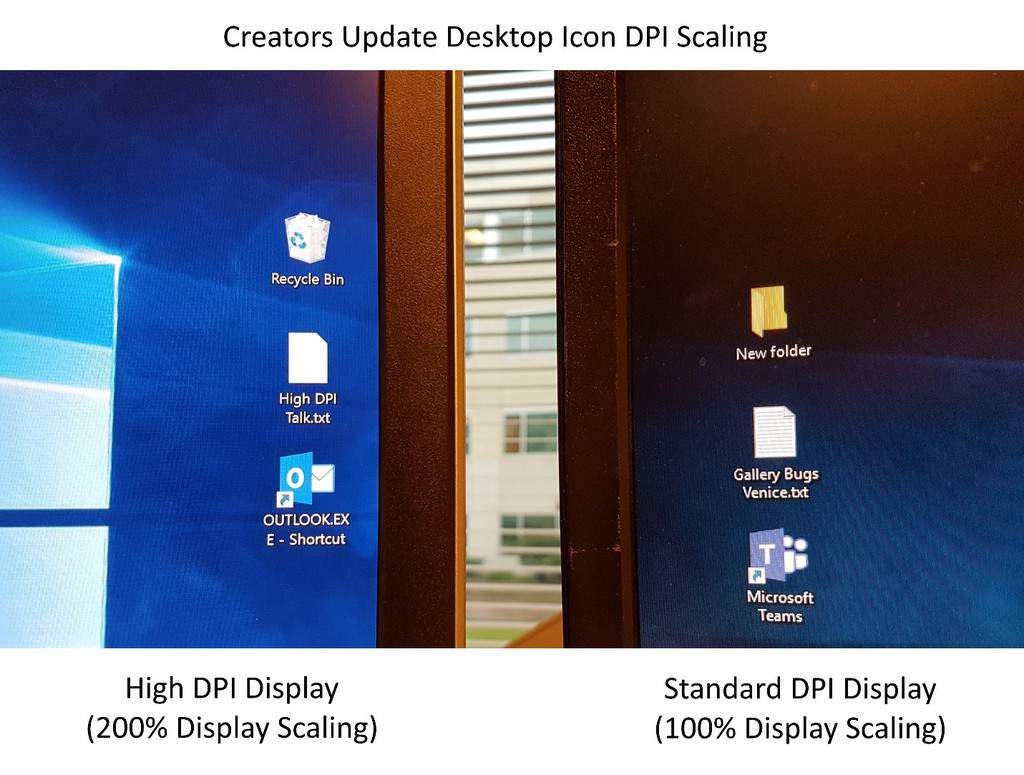 It's easy to highlight the amazing features coming to the Windows 10 Creators Update launching next week. However, there are some additional improvements under the hood that you might want to get an eye of before updating. One such is the change in how Windows 10 will interact on high-DPI displays.

Building on top of the Windows 10 Anniversary Update improvements to DPI scaling, the Creators Update allows users to run an application as a DPI-unaware process. This setting is under the .exe properties as a checkbox titled "Override high DPI scaling behavior" allowing the user to indicate how they want the scaling. Here are the options:

Furthermore, Internet Explorer in the Windows 10 Creators Update will now support per-monitor DPI so that when you switch displays it will scale dynamically.

While these additions are major improvements for users with multiple and high-DPI displays, there are still some kinks that could be hammered out. Dragging windows produces an odd shape of the window on the other monitor until it is released. Another flaw is the need to log out and back into Windows again for all apps not supporting per-monitor DPI awareness to render correctly.

Hopefully, we'll see even more DPI changes in the future. Can anyone say Redstone 3?