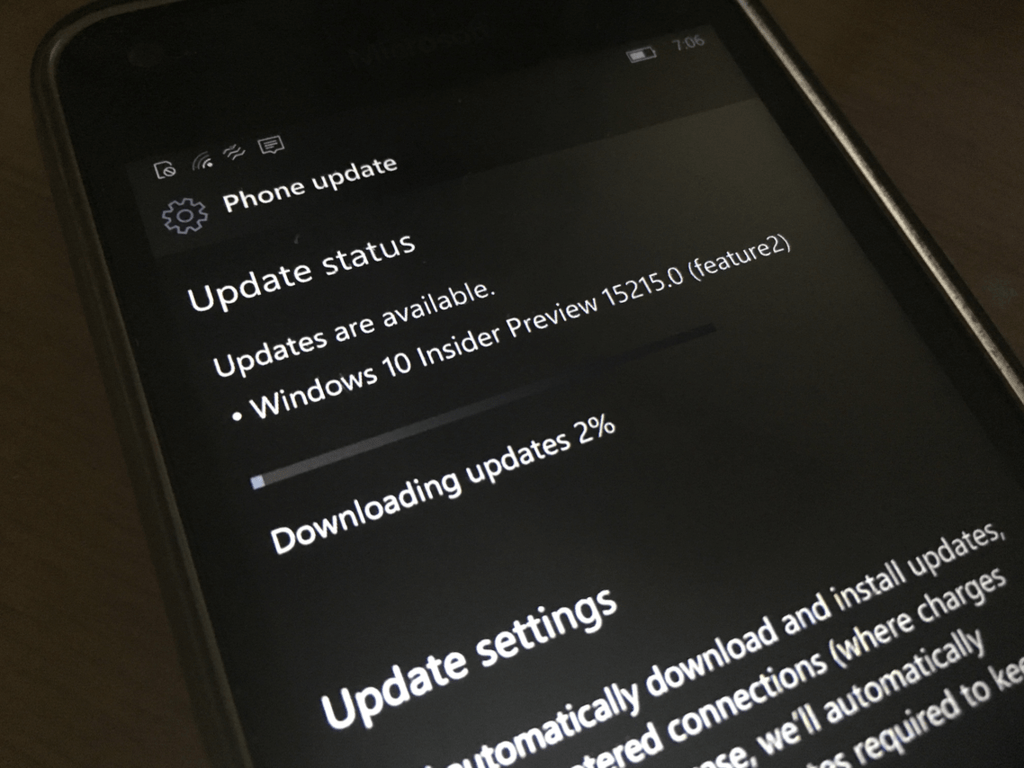 Microsoft is rolling out today the Windows 10 Mobile Insider build 15215 to Fast Ring Insiders, which is another minor update with minor fixes and improvements. For now, the mobile OS is still on the “feature2” development branch, which is missing all the new features that we see being released on the main development branch for PCs. As a result, there is not much to be excited about these days, even though bug fixes and other general improvements are always welcome.

Here is the full changelog for the Windows 10 Mobile preview build 15215:

As usual, you can download this new build by checking Windows Update in your phone’s settings. Once you’re done, let us know in the comments if you encounter any issues.