Here are all the details about the Surface Pro 6 and the Surface Laptop 2 - OnMSFT.com Skip to content
We're hedging our bets! You can now follow OnMSFT.com on Mastadon or Tumblr! 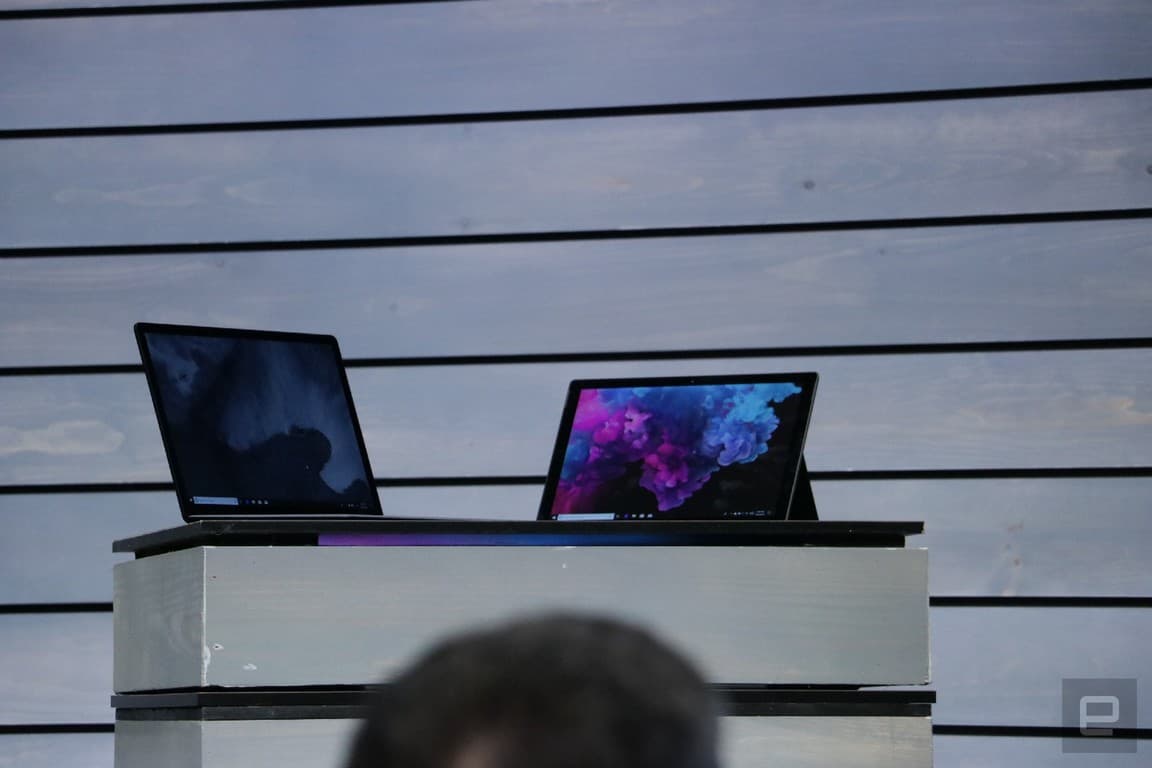 Microsoft has just taken the wraps off its new Surface Pro 6 and Surface Laptop 2 at its NYC Surface event. A lot of information about the new devices leaked beforehand, so there aren’t too many surprises here. Yes, the two devices will be available in a new black variant, but the classic silver colour, which still has a lot of fans will remain available.

The new Surface Pro is named Surface Pro 6, and it comes with quad-core 8th Gen Intel processors. The design is similar to the one from the previous model, with the same full-friction hinge. You’ll also find a 12.3” Pixel Sense display with the highest contrast ratio that Microsoft has ever delivered for this product line. The Surface Pro 6 also comes with a new thermal system designed for the new quad-core Intel processors that also deliver 50% faster graphic performance. Unlike the 2017 Surface Pro, the Surface Pro 6 ships with Windows 10 Home, which is pretty surprising for a "Pro" device.

Announcing the all-new #SurfacePro6 — faster than ever with the latest 8th Generation Intel® Core™ processor. Now in Black and Platinum. #MicrosoftEvent pic.twitter.com/NyIJhzhsgn

Leave your charger behind. The new #SurfaceLaptop2 is the stylish way to work and play on one charge. #MicrosoftEvent pic.twitter.com/FEg6jVoUIO

The Surface Laptop 2 also looks pretty great in black, but existing colours like Platinum, burgundy, cobalt blue will remain available. The Surface Laptop 2 will start at $999, which should be affordable enough for the students Microsoft is targeting with this device. As for the Surface Pro 6, it will start at $899 for the model with a Core i5 processor. Both devices are available to pre-order today in select countries (US, Canada, Australia, Austria, China, Germany, Ireland, Japan, New Zealand, UK) and will start shipping on October 16th, which is just two weeks away.

You can now manage tasks in Outlook.com, and new v5 Microsoft Launcher launches in beta on Android