HDHomeRun app coming to Xbox One

Ever since its release, the HDHomeRun DVR app has been known as a great way to get the ultimate DVR experience, and to record and watch TV on your media devices from around your home.  Earlier this month, a Windows 10 Mobile version of the app was released, but now it appears that the app will soon head to the to the Xbox One.

The news on Xbox Support was first spread on a Kickstarter page for the app. The developers left the following message for users and fans of the app and noted how hard they have been working with Xbox and Microsoft:

We have been working with Microsoft and the Xbox team to get the HDHomeRun app to Xbox One. The HDHomeRun app was published a short while ago and will be available through the app store on the Xbox in the next 24 hours.

Both the Xbox One Media Remote and the game controller are supported.

So, as the developers note, the app should be live within the next day! Are you excited to try out HDHomeRun DVR on your Xbox? Let us know what you think, and please check out the Windows 10 Mobile and Windows 10 version of the app by clicking the link below! 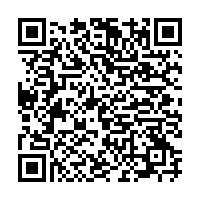 Scratch your gambling itch on Xbox One with Prominence Poker

PS4 game The Witness has been rated for Xbox One