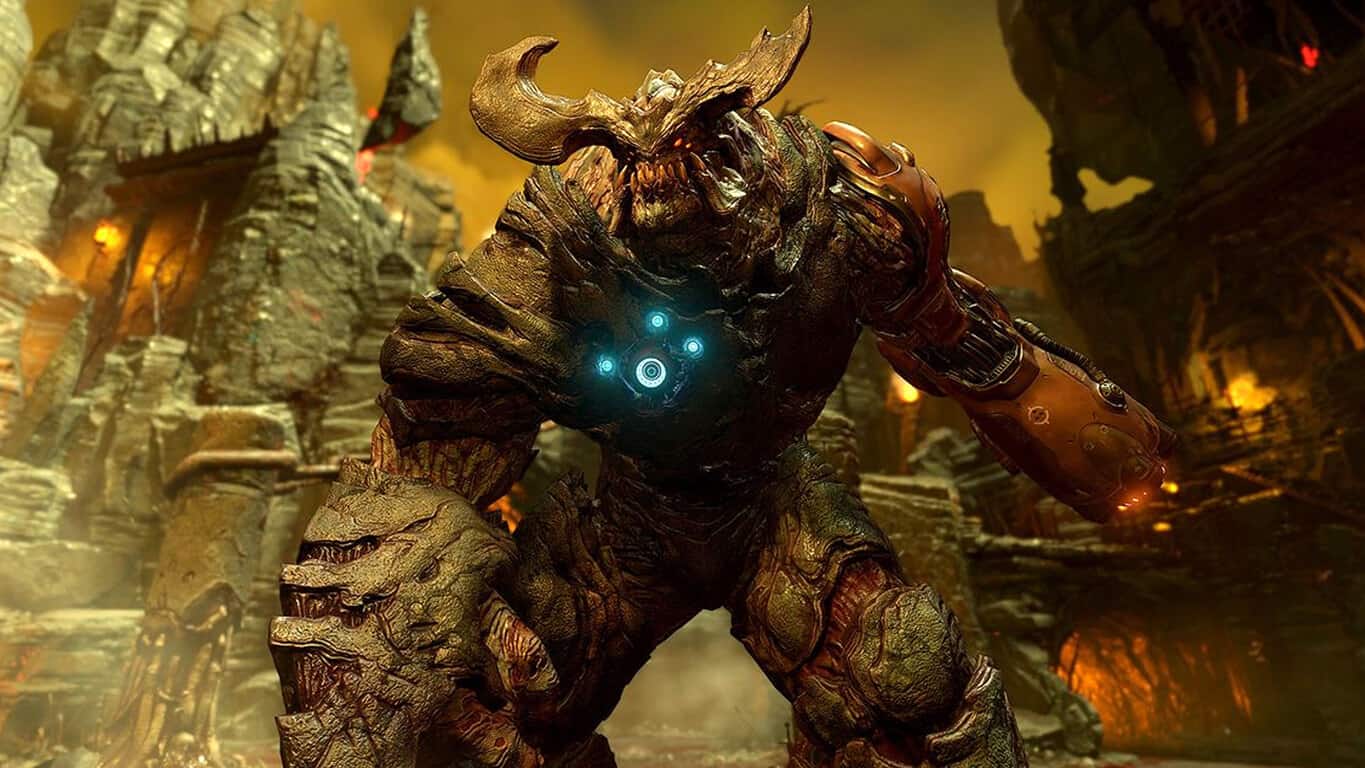 As previously reported, DOOM is now available to buy, download, and play on Microsoft’s Xbox One console just in time for Friday the 13th (the day, not the movie).

DOOM is a reimagining and reboot of the classic first-person shooter and features all the bells and whistles of a modern gaming experiences such as HD graphics, improved gameplay, better character designs, and a variety of multiplayer modes to extend the experience. Here’s the official description:

DOOM returns as a brutally fun and challenging modern-day shooter experience. Relentless demons, impossibly destructive guns, and fast, fluid movement provide the foundation for intense, first-person combat – whether you’re obliterating demon hordes through the depths of Hell in the single-player campaign, or competing against your friends in numerous multiplayer modes. There is no taking cover or stopping to regenerate health as you beat back Hell’s raging demon hordes. Combine your arsenal of futuristic and iconic guns, upgrades, movement and an advanced melee system to knock-down, slash, stomp, crush, and blow apart demons in creative and violent ways. Expand your gameplay experience using the DOOM SnapMap game editor to easily create, play, and share your content with the world.

The game is available in a regular version and a special DOOM Digital Deluxe version which contains the regular game and a season pass for all of the downloadable content. Those who pre-ordered the game will receive the exclusive digital content promised to them such as the Demon-themed armor set with three skin variations, six Hack Modules, six exclusive metallic paint colors, and three id logo patterns. The best pre-order bonuses though would have to be the free digital copies of the original Doom I and Doom II titles, both of which can also be played on the Xbox One.

Which version of DOOM did you buy? Did you pre-order? Let us know in the comments below.

Kung-Fu for Kinect announced for Xbox One