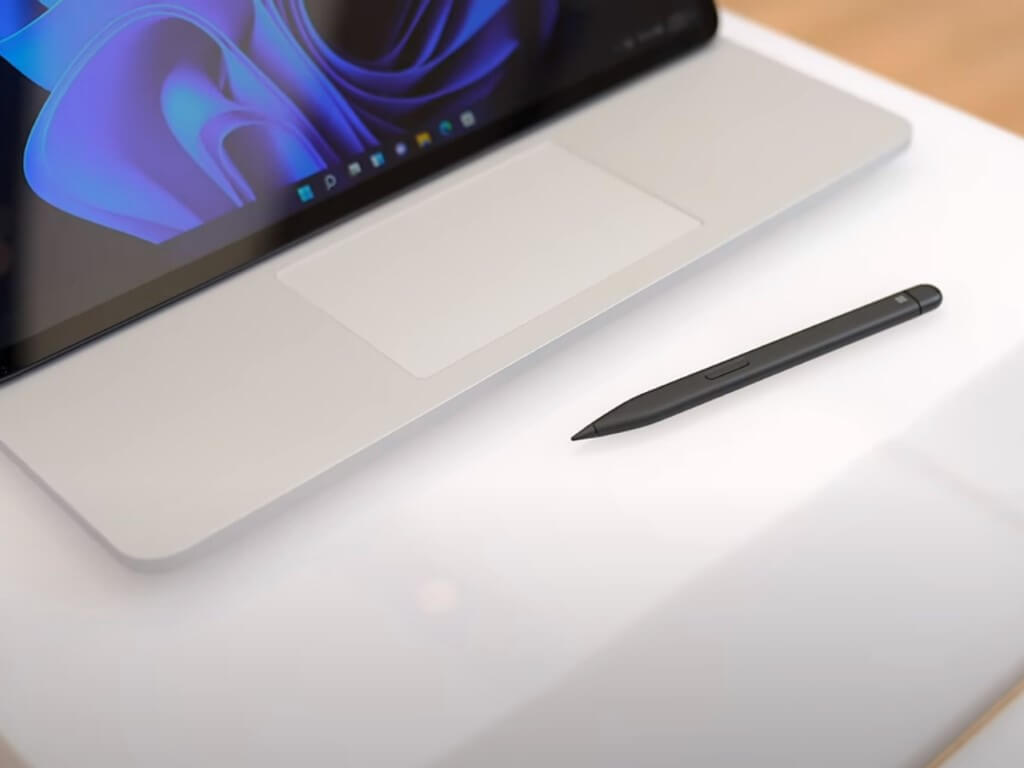 The Microsoft Surface Laptop Studio seemed to be the highlight of Microsoft's annual September 22 event. The newest Surface device definitely turned a lot of heads in the tech media, and even with Tech YouTubers, who were able to go hands-on with it at a private event.

We just completed our own pre-order for our Surface Laptop Studio (with some of it powered by Microsoft Rewards) and plan to have one for review once it releases on October 5. While we wait, though, we also wanted to assimilate a recap of sorts showcasing what people are saying about the device. From Microsoft's own Mechanics YouTube channel to iJustine, we have you covered with all the hands-on videos.

We start first with the Microsoft Mechanics YouTube channel. This video is a more in-depth look at the technicalities of the Surface Laptop Studio from Microsoft's own labs. In the video, Microsoft's Chris Greiser tours viewers through the device from inside to out.

She ends up explaining the design of the hinge, and the CPU, and GPU performance when editing in the NVIDIA Canvas app. Asides from the demos seen at the event, this is another real-world view of the Studio in use for actual GPU-intensive tasks, and it looks pretty impressive. Interestingly, she also gives a look at the serviceability of the device and goes into more about the exterior design and display, and the inking, haptic feedback. The video then ends with a look at the camera performance, which seems to be quite impressive thanks to some under the hood improvements powered by A.I.

The Verge's Dieter Bohn offered up one of the most critical hands-on with the Surface Laptop Studio. Bohn talked a lot about the overall design and how much he liked the idea of it. Yet, he also seems to be doubtful of the hinge mechanism and the Studio being a "first-generation product." His video also points to the square stand on the bottom of the Laptop Studio and how "it looks very strange," and resembles an old-school laptop fan stand.

But it's not all so bad. Positive points in the video include the haptics in the pen, the beautiful screen, and the microphones, cameras, and Thunderbolt 4. The best part, however, comes when he says that the device is "Simpler and less complicated," and could appeal to the creator audience that Microsoft is targeting."

PCWorld was one of the publications with the most in-depth video about the Surface Laptop Studio, but it isn't actually a hands-on. Rather this is more of an explainer video with some B-roll. The publication spent a good time comparing it to the Surface Book 3, the rest of the Surface lineup, and some of the changes between generations. There are some really good comparisons on what you can expect in terms of graphics, gaming, and CPU power. Importantly, he even compares it to the HP Spectre Folio, which has a similar design.

Engadget's Cherlynn Low found the Surface Laptop Studio as "the tablet and laptop in one with very beefy components." She got into the distinctions of the form factor, the similarities to the Surface Studio, and the overall thinness of the screen. Like The Verge, she was also concerned with the hinge, pointing out how it can wobble. Even with that so, she also pointed out the versatility of how the Studio can be used in many different ways, particularly with inking and how it can be a "Serious setup" thanks to the Slim Pen 2 and the haptics.

iJustine ended up bundling the Surface Laptop Studio with her other Microsoft event coverage, and it gets just a small segment in her video. She proclaimed the device as "Something that I am really excited about because this is an all-new way of consuming and creating content and working." iJustine touched on the different modes of use, and how "it was wild," to use the Surface Slim Pen 2, with its haptic feedback. You can see her using the Laptop Studio on her lap, which isn't something that everyone else was able to do.

YouTuber UrAvgConsumer called the Surface Laptop Studio "the craziest laptop this year" and how it replaces the Surface Book. In looking at the screen, hinge, and other aspects of the device, he goes into how "it's all the Surface products I've ever seen turned into one." He really seemed quite impressed by the device and how it's unlike anything he's seen before, but he only focused about 3 minutes of his video on it.

We can't possibly embed every YouTube video about the Surface Laptop Studio in one post, but we hope that we did give you a bit more perspective on expectations of the device. Overall, everyone does seem to be quite impressed, but with some concerns either about the hinge or the overall GPU performance. We pre-ordered our own Surface Laptop Studio and really are looking forward to a full review once October 5 comes around.