Hands on with the HoloLens, again: it just keeps getting better 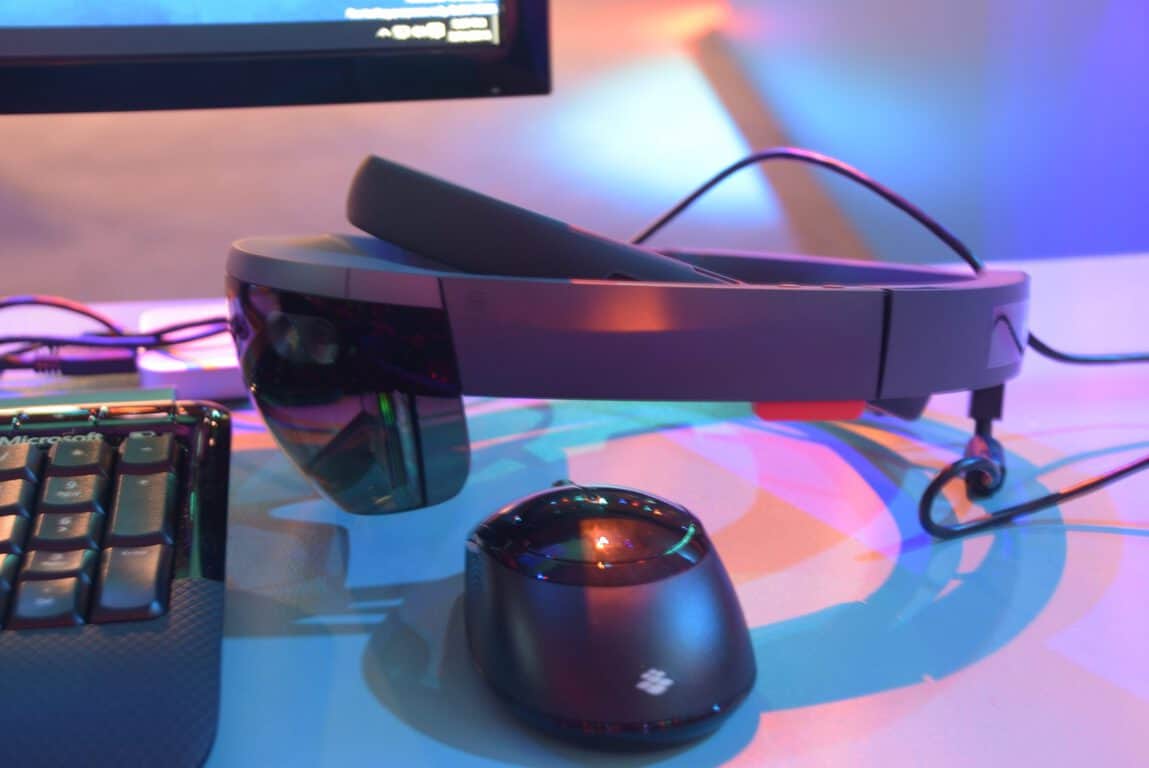 14 months after our first HoloLens experience, we can finally show you pictures of the device in action (although, sadly, no pics of the holograms themselves). At Build 2016, Microsoft is running a Holographic Academy for developers, some of who will have HoloLenses waiting for them when they get home from the 3 day conference in San Francisco, and others who haven’t yet shelled out the $3,000 for a developer kit. We were able to attend a 1 hour press only version of the Academy (the developers get 3 hrs), and for the first time were able to take pictures of the experience and of the devices themselves.

There were some significant changes to the hardware, the software, and of the “academy” session itself, which we also attended at last year’s Build. The HoloLens itself, while still much the same, now has better headgear, with added volume controls for the spatial sound, and brightness controls for the display.

The process of configuring the HoloLens to fit your eyes has been revamped, although the earlier use of an external eye-measuring machine was never meant for public use. Now, you go through a config process to fit the HoloLens view to your eyes, comparable maybe to the way you set up your Xbox for Kinect. In just a few minutes you’re off and running.

New from last year, too, was the experience we “coded” using Unity and Visual Studio. This time we enabled a sharing experience, where groups of 6 of us were all able to see the same hologram, and interact with it individually or as a group.

It was a fun, fun hour. Yes, the field of view issues persist, and it isn’t a fully immersive experience, but the press attending the demo quickly settled in to having a great time with the HoloLens. Now comes the really fun part, where developers get their hands on the devices and the platform, and we really begin to see what HoloLens can do.