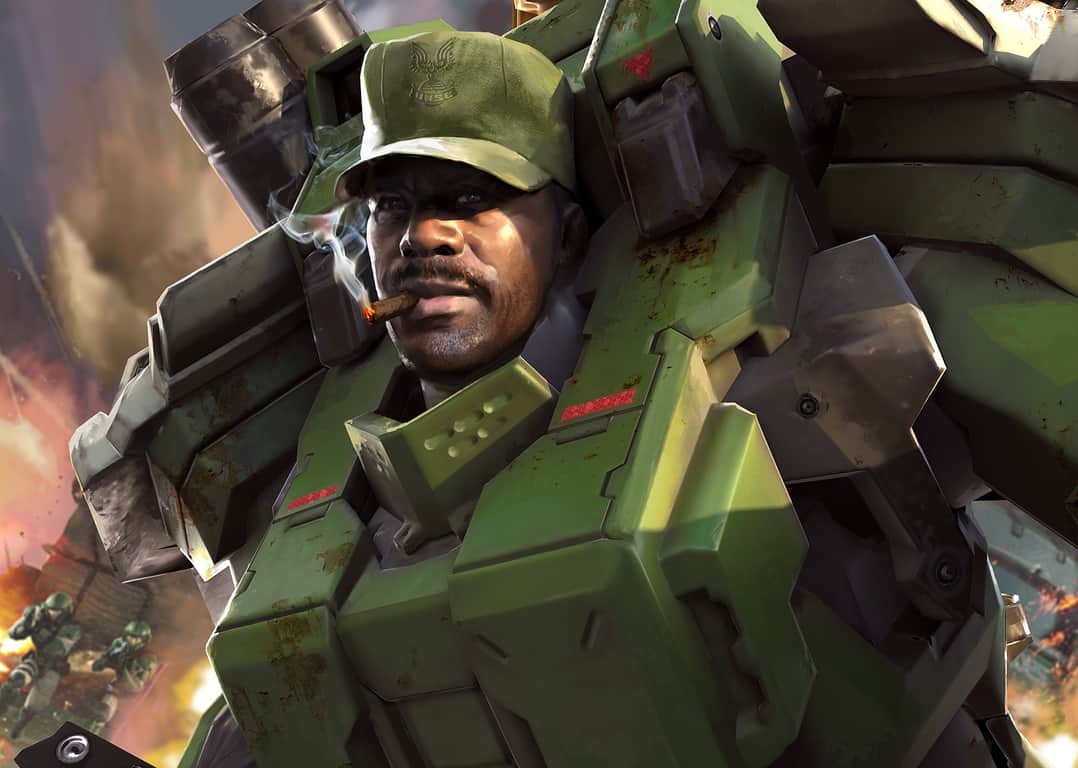 According to Halo Waypoint, there is a new Halo Wars 2 DLC available, bringing the return of Sergeant Johnson and his "Green Machine" mech suit, along with a new, free update that brings a number of new capabilities on Xbox One and Windows 10.

In addition to Sergeant Johnson, a new Halo Wars 2 patch update brings a number of feature improvements, including HDR lighting support (on Xbox One only), two new visual themes for Blitz mode's Proving Grounds map, and as well as bug fixes and game performance fixes. Here's a look at the Sergeant Johnson DLC launch trailer.

As you may recall, Sergeant Johnson is dead, but somehow he is conveniently brought back to life to help fight The Banished in Halo Wars 2. Johnson brings with him new mechs to help you in your fight against The Banished, including Mantis, a more heavily armored Veteran Mantis, and Colossus. There are also some helpful game defense powerups available: Siege Turret Drop and Bunker Drop, and critical bonuses to help in your time of need with the EMP MAC Blast and Mech Overcharge.

There are additional abilities available in Halo Wars 2 with the Sergeant Johnson DLC to take out your enemies using the Leader Power wheel in Deathmatch, Domination, and Strongholds game modes, here they are:

The full release notes for the Halo Wars 2 patch update are available here. The Sergeant Johnson DLC is included with the Halo Wars 2 Season Pass, but can also be purchased separately for $5.99 on Xbox One and Windows 10.

Microsoft may be waiting on USB-C/Thunderbolt 3, but Intel wants it everywhere