While the Halo Infinite video game is no longer officially getting campaign local split-screen co-op, Twitter user Alexis B has found a way to activate it on Xbox Series S and Xbox Series X consoles anyway.

All you need to get local co-op working on Halo Infinite on a current-gen Xbox console is a friend that’s online in the menus and… that’s pretty much it.

Halo Creation on Twitter created a quick video tutorial of the process for getting Halo Infinite local co-op working (see top image and the video below) and it only takes a minute or two to get going with zero hacking or installation of files required.

Follow-up on this, here's a quick tutorial on how to play #HaloInfinite Splitscreen Coop using a menu glitch found by @Zeny_IC!

(Kinda low effort, but it's 2AM, I'm tired, and it does contain everything you need to know to DIY! 😆) https://t.co/I1Cxx7YXqk pic.twitter.com/x0VAYW2tUh

This Halo Infinite local co-op campaign trick appears to work almost seamlessly both with the main gameplay and all of the cutscenes. It even supports up to four players. This really does make one wonder why the feature was pulled from active development when it seems to be working fine right now. How much more work could have been needed?

Perhaps the last-gen Xbox One consoles and lower-end Windows PCs struggled to pull off four players playing simultaneously and those involved wanted main feature parity between platforms? The whole thing is very strange and has the potential to outrage Halo fans even more when the devs eventually patch out the trick so that it no longer works.

If you’re a Halo Infinite fan who’s been wanting local campaign co-op, enjoy this moment while it lasts. 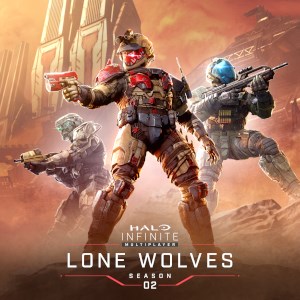 How to recover deleted folders on Outlook