Halo could be coming to Forza Horizon 4, leaked images show - OnMSFT.com Skip to content
We're hedging our bets! You can now follow OnMSFT.com on Mastadon or Tumblr! 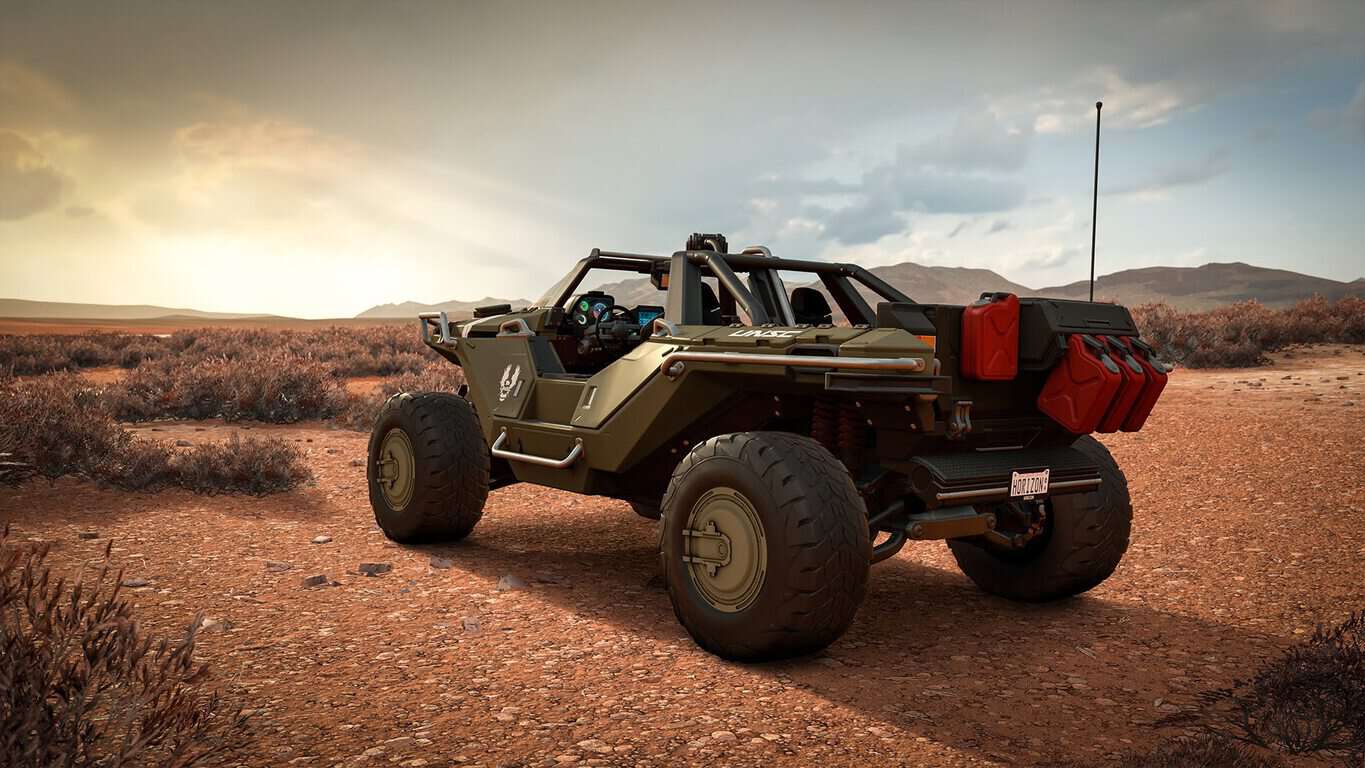 Over the past couple of years, we’ve seen some interesting crossovers in Microsoft’s various gaming IPs. The Arbiter from Halo, Rash from Battletoads and General RAAM from Gears of War all guest starred in the 2013 fighting video game Killer Instinct, and the popular Warthog vehicle from Halo also made an appearance in Forza Horizon 3 back in 2016.

Playground Games, the developer behind the Forza Horizon series is now expected to take things a step further with a possible Halo-themed event in the upcoming Forza Horizon 4. A collection of what looks to be marketing pictures for the game has been published on Imgur and then Reddit this weekend, and one of the images shows Master Chief driving the military vehicle. In the background, you can see that the action is apparently happening on a Halo Ring, just like the one you can visit in a Warthog in the 2001 Xbox game Halo: Combat Evolved.

As noted by Eurogamer, Halo fans have previously discovered other signs of Halo fan service in the upcoming open-world racing game, especially a Pelican dropship icon on the game’s world map back. For those unfamiliar, Pelicans are a special type of aircraft used for transporting soldiers, equipment, and vehicles (including Warthogs) in Halo. How cool would it be if a Halo-themed mission could drop you and a Warthog on a special part of Forza Horizon 4?

Playground Games already had some fun with the Halo Warthog in Forza Horizon 3, and this is exactly the type of game where this type of crossovers makes sense. There's a decent amount of driving in Halo games, and there's probably no better developer capable of recreating some of the magic of the first Halo game in an open world racing game.