Halo 5: Guardians 'mash-up' coming this week - to Minecraft - OnMSFT.com Skip to content
We're hedging our bets! You can now follow OnMSFT.com on Mastadon or Tumblr! 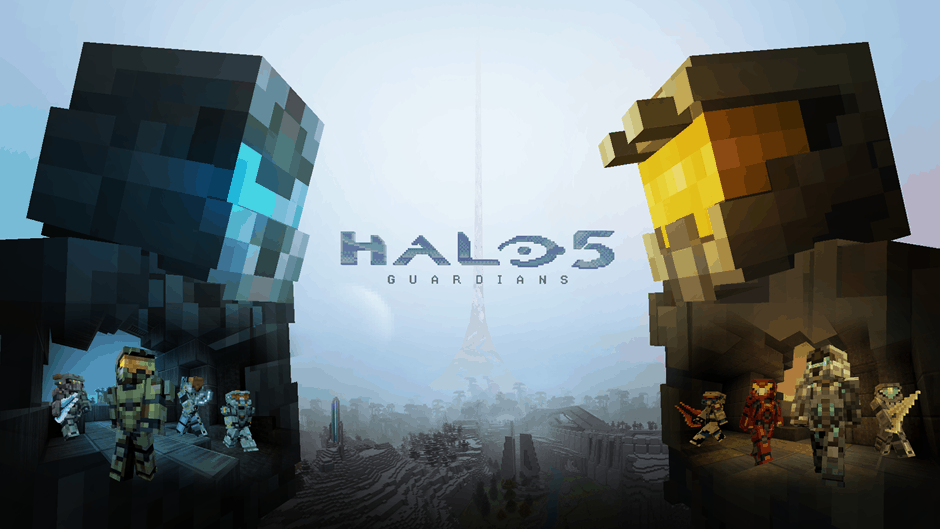 The latest installment in the Halo franchise is set to release next week on Xbox One. And Microsoft has been busy this past summer creating excitement for Halo 5: Guardians by showing off gameplay at both E3 and Gamescom. More recently they also released a gameplay launch trailer to hype up the action-packed Sci-fi shooter’s hunt for the Master Chief.
Now Microsoft is leveraging some internal cross promotion by announcing Halo 5 inspired customization of Minecraft through an update to the Minecraft: Halo Edition mash-up pack for the Xbox One and Xbox 360 editions. The update adds a total of 8 new characters to play in Minecraft, all from the two teams in Halo 5 that are at the center of the hunt for the Master Chief. They include:

The update will be available free to players who already own the Minecraft: Halo Edition mash-up pack by 4J Studios. If you do not already have the add-on content, it is available for $3.99. The pack also includes a Halo-themed texture set, themed menus and user interface, craftable items, and 31 music tracks from across the Halo franchise. In total, there will be 48 character skins you can choose from in the pack, including Cortana, Sergeant Johnson, and the Arbiter in addition to the new skins from Fireteam Osiris and Blue Team. With the pack, you can even play in pre-made Minecraft worlds from the Halo universe, such as Silent Cartographer, Sandtrap, Blood Gulch and other familiar Halo settings. However, the add-on’s Halo 5 update won’t be available until October 23rd.
Have you tried out the Minecraft: Halo Edition mash-up pack and are you looking forward to playing Minecraft as a member of either Blue Team or Fireteam Osiris?

Google is fully committed to competing with Microsoft's Office 365