Halo 3: ODST is coming to Halo: The Master Chief Collection on PC on September 22

Halo 3: ODST will be officially released on PC next week on September 22, according to a tweet from the official Halo Twitter account. The game will follow Halo 3 which joined on Halo: MCC for PC on July 14.

Halo 3: ODST will officially arrive on PC as a part of the Master Chief Collection, on September 22nd. Suit up, strap in, and prepare to return to New Mombassa. pic.twitter.com/Jm6yAEczvw

Halo 3: ODST was originally released back in 2008 on the Xbox 360, and the game side-story that takes place on Earth between the events of Halo 2 and Halo 3. Master Chief isn’t present in the game, which features a cast of Orbital Drop Shock Troopers" (ODSTs) in a desperate mission to protect our planet from a Covenant invasion in the city of New Mombasa in Africa.

If you didn’t buy the full $39.99 Halo: MCC anthology on the Microsoft Store or Steam, Halo 3: ODST will be available to purchase as a separate DLC. The game will also playable for free on day one with Xbox Game Pass for PC, along with Halo: Reach, Halo: Combat Evolved, Halo 2, and Halo 3. 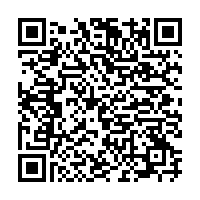 How to create a restore point on Windows 10

OneNote vs OneNote for Windows 10, what's the difference?